A new study, published in Research in Human Development, examines the experiences of recipients of the Deferred Action for Childhood Arrivals Program (DACA) issued by the Obama administration in 2012. The study finds that the freedom DACA recipients experience to legally partake in everyday tasks such as driving and pursuing a career has a profound impact on individual well-being.

“As our research shows, access to work authorization, driver’s licenses, and other aspects of the policy help steer young people toward normative pathways,” the researchers, led by Roberto Gonzales from Harvard University and Basia Ellis from California State University Sacramento, write.

“In particular, policies aimed at correcting some of the most damaging aspects of current immigration policy and practice notably improve the lives of undocumented young people by providing important material, social, and psychological provisions needed to facilitate transitions into adult lives.”

This study comes at a time when DACA and its beneficiaries face increased threats. Not only does having an undocumented status pose a greater risk for poverty and its subsequent problems, but undocumented youth must also bear growing up in a particularly challenging time for immigrants in the United States. An increase in hostility towards Latin American migrants, coupled with the recent crackdown at the border and intolerance for newcomers, promotes a climate of insecurity for immigrant youth and their families.

Many immigrant youths experience their formative years of life in America, planning their life aspirations within an American context and culture. Yet their trajectories are tethered to immigration policy, as it has “become increasingly consequential in shaping how immigrant youth adapt, come of age, and experience life in the United States.” In a previous article, Gonzales describes the experience of coming of age as a “transition to illegality.” He writes:

“For undocumented immigrant youth—the dawning of adolescence has been likened to a waking nightmare, wherein youth begin to directly encounter legal barriers associated with their undocumented status and come to terms with how these transitions will affect their future prospects.”

In 2012, the DACA policy was initiated, promising “to reshape the lives of more than 814,000 young people.” The researchers saw this policy change as a natural experiment for the question, “What would happen if undocumented immigrant youth and young adults were provided increased access to employment, driver’s licenses, and other opportunities?”

The authors set out to obtain information from DACA’s 6-plus years of implementation in order to understand its impact on the lives of immigrants. Their study is comprised of 408 interviews with DACA beneficiaries from varying states. All participants, two-thirds of whom are women, arrived in the U.S. before the age 15 and all had at least one undocumented parent. 78% arrived from Mexico, while others arrived from Central and South America, Asia, Africa, and Europe. Gonzales et al. conducted thematic analyses from the data obtained through interview questions, such as “How do you feel DACA has impacted your education?”

The results indicate a nearly immediate, positive impact of DACA on the trajectories of undocumented youth, opening “new realms of opportunity.” The researchers report that DACA gave immigrant youth a “chance to rethink their lives and to begin pursuing previously unavailable education and employment opportunities” as well as the capability of “leading self-directed lives.” The respondents reported that feelings of anxiety and daily vigilance under the threat of deportation were lessened and that DACA increased their feelings of security.

Nuances emerge in regards to the age in which a respondent received DACA. For example, younger DACA recipients were able to extend their educational aims, while older recipients needed to revitalize previously abandoned goals.

Miguel, a younger participant at age 20, was able to continue his studies in conjunction with his classmates, and maintain his own vision for his future:

Helena, 26, endured limited work options upon transitioning to illegality in adolescence. She reported gaining agency and freedom to choose her own trajectory upon receiving DACA:

“It completely changed the way that I felt about my future. Now, I feel like I can be successful. I can do things that I wanted to do, and that I never got the opportunity to do because I was undocumented.”

“I think that when I was younger, I was ashamed of [being undocumented]. I thought that being what I was was bad, and now I don’t think that. It took a long time for me to learn about DACA and things like that for me to realize that I’m still a person. We all deserve justice and we all deserve equality.”

Despite the massively positive material, social, and psychological impact of DACA, all age groups of responders described a lingering uncertainty as DACA “did not offer pathways to legalization, address exclusions from deferral and financial aid, provide relief to beneficiaries’ family members, and was revocable.”

The authors conclude by reminding readers that DACA recipients do not live in isolation, but with families that also require relief, calling for more familial resources to support DACA recipients’ successful transitions. They underscore the impact of immigration policy and warn of the negative repercussions this country would face if DACA is discontinued:

“Addressing the untenable circumstances of the entire population of 11 million undocumented immigrants living in this country is the most effective way to ensure that this vulnerable population of young people can lead normal, healthy adult lives…The Trump decision to end DACA could affect more than 800,000 young people, plus their families, their employers, and their communities. It would represent a huge setback for this country.” 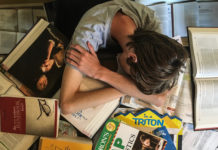 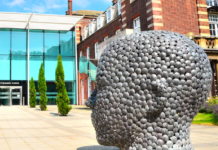