From Medscape: “Women with depression and anxiety during pregnancy may be more likely to have babies with altered brain development that might be linked to behavior problems later in childhood, a small study suggests.

Then, researchers took MRIs of infants’ brains when they were about one month old. They found more alterations in brain structure among the babies born to women who experienced at least moderate levels of depression during pregnancy.

‘Our study suggests that moderate levels of maternal depression and anxiety symptoms during pregnancy were associated with variations in the brain’s white matter microstructure or “wiring” at one month of age,’ said lead study author Douglas Dean III of the University of Wisconsin-Madison.” 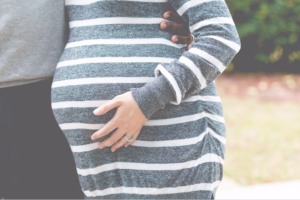