From NPR: “Children registering for school in Florida this year were asked to reveal some history about their mental health.

The new requirement is part of a law rushed through the state legislature after the February shooting at Marjory Stoneman Douglas High School in Parkland, Fla.

The state’s school districts now must ask whether a child has ever been referred for mental health services on registration forms for new students.

‘If you do say, “Yes, my child has seen a counselor or a therapist or a psychologist,” what does the school then do with that?’ asks Laura Goodhue, who has a 9-year-old son on the autism spectrum and a 10-year-old son who has seen a psychologist. ‘I think that was my biggest flag. And I actually shared the story with a couple of mom friends of mine and said, “Can you believe this is actually a thing?”’

Goodhue worries that if her children’s mental health history becomes part of their school records, it could be held against them.

‘If my child was on the playground and something happened,’ she says, ‘they might think, “This child has seen mental health services. This must mean something” — more than it really means.’” 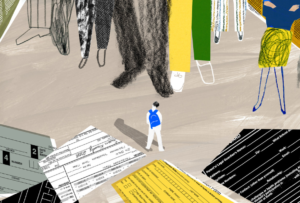