From The New Yorker: “America imprisons women in astonishing numbers. The population of women in state prisons has increased by more than eight hundred per cent in the past four decades. The number of women in local jails is fourteen times higher than it was in the nineteen-seventies; most of these women haven’t been convicted of a crime but are too poor to post bail while awaiting trial. The majority have been charged with low-level, nonviolent offenses, such as drug possession, shoplifting, and parole violations. The result is that more than a quarter of a million children in the U.S. have a mother in jail. One in nine black children has a parent who is, or has been, incarcerated. […]

For the children of incarcerated parents, the toll can be profound. The U.S. Department of Health and Human Services has shown that these children have an increased risk of mental-health conditions, including anxiety and depression. In adulthood, they have higher rates of asthma, migraines, high cholesterol, and HIV/AIDS, and are more likely to use illicit or prescription drugs. The economic effects are equally devastating. Adolescent boys with an incarcerated mother are twenty-five per cent more likely to drop out of school, and have a higher chance of ending up incarcerated themselves. The former Attorney General Loretta Lynch, in remarks at the White House in 2016, summed up the situation: ‘Put simply, we know that when we incarcerate a woman we often are truly incarcerating a family, in terms of the far-reaching effect on her children, her community, and her entire family network.'” 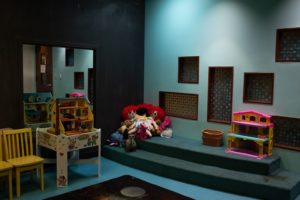