From The Appeal: “Without any evidence that drug-induced homicide cases prevent dealers from dealing or users from using, this punitive tactic has become a favorite tool among prosecutors. Feeling pressure from communities in crisis to ‘just do something’ about overdose deaths, prosecutors landed on this legal mechanism. Despite these harsh sentences, overdose deaths have continued to steadily rise.

Initially crafted during the ‘tough on crime’ era of the ’80s and ’90s, drug-induced homicide provisions were intended for kingpins and major traffickers. Today, friends, family members, and as in Smith’s case, romantic partners of the overdose victim are all potential targets, effectively stretching the definition of a dealer beyond recognition. Even if a state does not have a drug-induced homicide statute on the books, prosecutors can often deploy criminal law in some form that turns an accidental overdose into homicide or manslaughter.

In the face of a massive drug crisis, substance use disorder experts, politicians, and law enforcement officials have rallied for a public health approach to the crisis rather than a law-and-order crackdown. But this more sympathetic method runs counter to old, punitive habits preferred by President Trump, who at a rally in March said, ‘If we don’t get tough on drug dealers, we are wasting our time. And that toughness includes the death penalty.’

This explainer will explore why the rising popularity of drug-induced homicide prosecutions is a disturbing reaction to the opioid crisis, and how these cases compound the tragedies that overdoses have already caused communities across the country.” 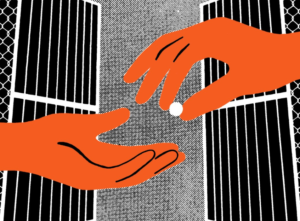