The biweekly Mad in America Parent Resources Q&A section is a safe place to ask questions and share concerns about children, families, and alternatives to conventional psychiatric treatments and have them answered on site by one of our subject experts. Please email your questions to [email protected]. Your identity will be kept confidential. Questions may be edited for length and clarity. An archive of past Q & A’s can be found here.

I have a young son who is being verbally bullied by his peers. He is a sensitive child— thin, wears glasses, athletic and intelligent. I suspect the problem may be related to anti-Semitism. I feel like telling him that he needs to fight the bullies with his fists. His mother advises him to ignore the bullies and to concentrate on his studies.  What would you advise? 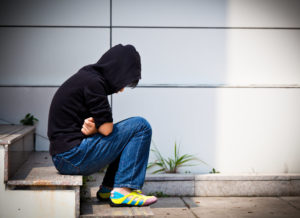 Bullying is a major risk factor for later mental health problems. That is why in my own country, Finland, and many others around the world, schools are mandated by law to have some sort of anti-bullying program in place.

Even if anti-bullying programs are implemented, there is no guarantee that bullying will stop. Children are creative and they can always find inventive ways to be mean to each other. Therefore it is important to teach children to be resilient by finding ways to deal with bullying at school.

In the past, many parents— particularly fathers—advised their children to assume a tough attitude and to defend themselves either with harsh comebacks or by physically assaulting their bullies. That might have worked in the old days, but not today. Children who use violence to protect themselves tend to get into trouble with school authorities. They may be punished or, increasingly, referred to mental health services –where they are likely to be labeled as aggressive and diagnosed with “conduct disorder.” But telling your son to ignore the bullies and throw himself into his studies, as your wife suggests, is unlikely to change the situation either. So what would be a better solution?

When I see a child who has been verbally bullied at school, I usually introduce the idea of coming up with ways to respond to their bully, or “what to snap back at them when they insult you.” This method is called “teaseproofing.”

Let me give you an example. Some years ago I was teaching my Kids’ Skills program to a group of kindergarten teachers in Germany. They asked me to interview a family to demonstrate my approach. So I met with a mother and her six-year-old twin sons. After having talked with the mother about the many skills that the twins had already learned, I asked her what new skill she wanted them to master. She couldn’t think of anything, but the twins volunteered that they would like to learn how to deal with children who bully them at school. They explained that they didn’t want to hit them, nor insult them back.

“That’s a great idea,” I said, “You don’t want to hit them and you don’t want to do the same to them that they do to you. What about this? I have noticed that it often works best when you take a bully by surprise by saying something funny back to them.” I could see from the faces of the two boys that I had succeeded in gaining their attention. “So, tell me: What kind of mean things do they say to you?” I asked. “Then we can figure out what funny thing you could say back to them.”

One of the examples they came up with was that the classmates would tell them, “You are a girl!” Apparently, calling a boy a girl, or a girl a boy, is considered an insult in the social world of six-year-olds.

“So, what can you snap back if another boy calls you a girl?” I asked. The boys looked bewildered. “Would you like us to give you suggestions? We could think of something and you guys could be the jury who decides what would work. Shall we do that?”

The boys were thrilled. We took a break and I asked the kindergarten teachers to write down their suggestions. Most of the suggestions didn’t appeal to the boys. Fortunately one of them hit the mark. It was to say, “Well that’s good! if I am a girl then we can get married when we grow up.”

I could not help but imagine the two brothers going to school the next day actually hoping that someone would call them a girl so they could put this witty comeback to the test.

When a child is bullied at school, it’s important to start a conversation about what how they can respond when someone says something offensive to them. Together with your son, you can try coming up with different replies until you find something that would allow him to feel strong and resilient. The fun thing about this approach is that once children know what they would want to reply to the bullies, they don’t actually need to say it. Often, it’s enough to say the snappy comeback silently in their mind. The bullies will notice from the child’s reaction—or lack of thereof—that he or she is invulnerable, like those superheroes in computer games who are protected by an invisible shield. They soon lose interest in continuing the bullying.

Teaching this form of resiliency to our children protects them from the adverse effects of bullying and equips them early on with a survival skill that they will likely find useful throughout their lives.

Another option for parents like you is to take the issue to your son’s school and encourage them to develop an anti-bullying program. One of the most effective programs I have encountered is  the Support Group Approach, developed by British teacher Sue Young.

In the Support Group Approach, the teacher invites a group of four to eight classmates to become supporters for the child who is unhappy at school (be it because of bullying or something else). These kids’ job is to make sure that the unhappy child starts to enjoy coming to school again. The support group typically includes not only friends but also some of the bullies. When a bully becomes a supporter, he or she can no longer continue to be a bully.

This approach has many advantages over mainstream methods: It solves the problem in less than a week, the bullies don’t need to be confronted, and everyone involved can become the child’s allies. (To view an interview I did with Sue Young about the Support Group Approach, click here.)

Ben Furman is a Finnish psychiatrist and an internationally renowned teacher of solutions-focused therapy. He is the founder of the child-friendly Kids’ Skills method, which is based on the idea of converting children’s problems into skills that children can learn with the help of their family and friends. For more information about Ben, visit www.benfurman.com. The Kids’ Skills app is available for download at www.kidsskillsapp.com.