From The Atlantic: “DARPA has dreamed for decades of merging human beings and machines. Some years ago, when the prospect of mind-controlled weapons became a public-relations liability for the agency, officials resorted to characteristic ingenuity. They recast the stated purpose of their neurotechnology research to focus ostensibly on the narrow goal of healing injury and curing illness. The work wasn’t about weaponry or warfare, agency officials claimed. It was about therapy and health care. Who could object? But even if this claim were true, such changes would have extensive ethical, social, and metaphysical implications. Within decades, neurotechnology could cause social disruption on a scale that would make smartphones and the internet look like gentle ripples on the pond of history. […]

…DARPA’s work to repair damaged bodies was merely a marker on a road to somewhere else. The agency has always had a larger mission, and in a 2015 presentation, one program manager—a Silicon Valley recruit—described that mission: to ‘free the mind from the limitations of even healthy bodies.’ What the agency learns from healing makes way for enhancement. The mission is to make human beings something other than what we are, with powers beyond the ones we’re born with and beyond the ones we can organically attain. […]

Weber and a DARPA spokesperson related some of the questions the researchers asked in their ethics discussion: Who will decide how this technology gets used? Would a superior be able to force subordinates to use it? Will genetic tests be able to determine how responsive someone would be to targeted neuroplasticity training? Would such tests be voluntary or mandatory? Could the results of such tests lead to discrimination in school admissions or employment? What if the technology affects moral or emotional cognition—our ability to tell right from wrong or to control our own behavior? […]

I started to say that publishing this research would not prevent its being misused. But the terms use and misuse overlook a bigger issue at the core of any meaningful neurotechnology-ethics discussion. Will an enhanced human being—a human being possessing a neural interface with a computer—still be human, as people have experienced humanity through all of time? Or will such a person be a different sort of creature?” 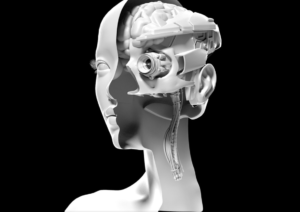