From Pacific Standard: “With a few notable exceptions, Lovaas’ method of applying pain to autistic children to change their behaviors was quickly abandoned by his disciples, but the concept of trying to erase ‘autistic’ behaviors remains enshrined in too much parenting and therapeutic doctrine. Today, ABA [Applied Behavioral Analysis] therapy typically relies on withholding positive reinforcement until a child stops stimming, makes eye contact, or otherwise performs as desired. When insurance companies cover therapy for autistic children, which is increasingly the case thanks to state mandates and shifting federal regulations, they often only cover ABA. This therapy is enormously expensive and lucrative for the providers. It typically involves 40 hours of work, mostly performed by low-paid assistants under the direction of a highly compensated therapist treating multiple children. Costs can easily run above $45,000 a year per child, with some estimates as high as $100,000 per year. Private equity firms, sensing a potential new frontier with massive insurance-driven profits, are getting into the business.

Part of Bascom’s work at ASAN [Autistic Self-Advocacy Network] is to push back at the rationale behind ABA therapy. ‘The stated goal of the founder of ABA was to render autistic children “indistinguishable from [their] peers,”‘ she writes. ‘Not to support autistic kids, help us learn and grow and become happy and self-determined adults, but to remove all visible signs of autism.’ In such a framework, stimming becomes a behavior that has to be suppressed. ‘Children in ABA programs learn that their body is not their own,’ Bascom observes, ‘that the way they move is wrong, that there is no neutral way for them to naturally exist in the world.'” 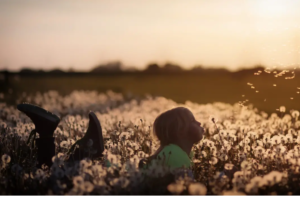