From The New York Times: “According to a recent large-scale survey from the health care provider Cigna, most Americans suffer from strong feelings of loneliness and a lack of significance in their relationships. Nearly half say they sometimes or always feel alone or ‘left out.’ Thirteen percent of Americans say that zero people know them well. The survey, which charts social isolation using a common measure known as the U.C.L.A. Loneliness Scale, shows that loneliness is worse in each successive generation.

This problem is at the heart of the new book ‘Them: Why We Hate Each Other — and How to Heal,’ by Senator Ben Sasse, Republican of Nebraska. Mr. Sasse argues that ‘loneliness is killing us,’ citing, among other things, the skyrocketing rates of suicide and overdose deaths in America. This year, 45,000 Americans will take their lives, and more than 70,000 will die from drug overdoses.

Mr. Sasse’s assertion that loneliness is killing us takes on even darker significance in the wake of the mail-bomb campaign against critics of President Trump and the massacre at the Tree of Life synagogue in Pittsburgh, both of which were perpetrated by isolated — and apparently very lonely — men. Mr. Sasse’s book was published before these events, but he presciently described what he believes lonely people increasingly do to fill the hole of belonging in their lives: They turn to angry politics.

In the ‘siloed,’ or isolated, worlds of cable television, ideological punditry, campus politics and social media, people find a sense of community in the polarized tribes forming on the left and the right in America. Essentially, people locate their sense of ‘us’ through the contempt peddled about ‘them’ on the other side of the political spectrum.” 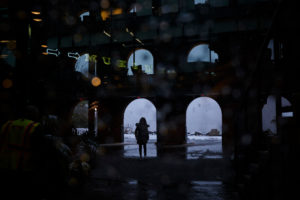