From RxISK: “The Spravato story, it seemed to me, was a bait-and-switch on two levels:

That is not to trivialize TRD – most people carrying that diagnosis are definitely suffering. But the majority are not at imminent risk of suicide or otherwise in acute crisis. More commonly they are trapped in a chronic state of low energy, low motivation and ‘anhedonia’ or inability to feel pleasure, which can drag on for years.

I know, because I’m one of them – and I almost enrolled in a Spravato study. Here’s what I learned from the experience.” 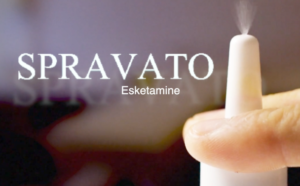