From California Healthline: “Imagine identifying a toxin so potent it could rewire a child’s brain and erode his immune system. A substance that, in high doses, tripled the risk of heart disease and lung cancer and reduced life expectancy by 20 years.

And then realizing that tens of millions of American children had been exposed.

Dr. Nadine Burke Harris, California’s newly appointed surgeon general, will tell you this is not a hypothetical scenario. She is a leading voice in a movement trying to transform our understanding of how the traumatic experiences that affect so many American children can trigger serious physical and mental illness.

The movement draws on decades of research that has found that children who endure sustained stresses in their day-to-day lives — think sexual abuse, emotional neglect, a mother’s mental illness, a father’s alcoholism — undergo biochemical changes to their brains and bodies that can dramatically increase their risk of developing serious health problems, including heart disease, lung cancer, asthma and depression. […]

With Burke Harris’ selection as the state’s first surgeon general, California is poised to become a vanguard for the nation in embracing the research that traces adverse childhood experiences, or ACEs, to the later onset of physical and mental illness. In pockets across the country, it’s increasingly common for schools and correctional systems to train staff on how academic and behavioral problems can be rooted in childhood trauma. Burke Harris envisions a statewide approach whereby screening for traumatic stress is as routine for pediatricians as screening for hearing or vision, and children with high ACEs scores have access to services that can build resilience and help their young bodies reset and thrive.” 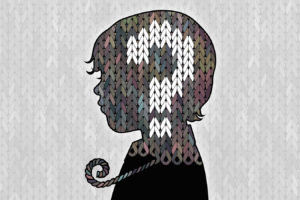