From NBC News: “Suicide has been a persistent problem in Montana — and it’s getting worse. The state saw 25.9 suicides for every 100,000 residents in 2016, nearly double the national average, according to Centers for Disease Control and Prevention data that is age-adjusted. Since 1999, that rate has risen 38 percent, even faster than the 30 percent national rise in suicides. […]

The challenges Montana faces are many. It’s sparsely populated — the fourth-largest state by area, it’s 44th in population, with just over a million people — and it has less than a quarter of the mental-health care providers required to serve its residents, according to the Health Resources and Services Administration. A strong gun culture and high rate of heavy alcohol consumption fuel the problem, as does lack of daylight in the winter and high altitude, which have both been linked to depression. And then there’s the stigma associated with reaching out for help, which many Montanans see as a sign of weakness.

‘We have a perfect storm when it comes to suicide,’ said Karl Rosston, suicide prevention coordinator for Montana’s Department of Public Health and Human Services. ‘We have a lot of factors that are all happening at the same time.’

Then, last year, came another blow: Facing a projected $227 million budget shortfall, Montana’s Republican-led legislature and Democratic governor made cuts to the state’s health department, including to mental health funding. As a result, more than 100 mental health professionals were laid off across the state and 10 rural health care programs were forced to close because they couldn’t afford to pay their employees, according to the Behavioral Health Alliance of Montana, an advocacy group for the state’s mental health providers.

Now, some who have lost loved ones to suicide — frustrated by the budget cuts and driven by the state’s urgent needs — are mobilizing to do whatever they can to stop the deaths. They are veterans and Native Americans, social workers and public health officials. They’re studying suicide prevention and opening clinics and speaking to students. But they still fear that, in many cases, their efforts will not be enough.” 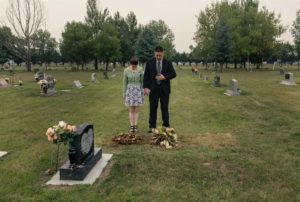