From The Guardian: “A woman whose daughter tried to kill herself while in an isolation booth at an academy school is to take legal action against the government.

The child, who cannot be named, has autistic spectrum disorder and mental health problems, but was put in an isolation booth by her school in Kent for more than a month.

Prior to the intervention of lawyers in mid-March, she had spent every day since mid-January in isolation, meaning she had to remain silent throughout the day and had no directed teaching. […]

Dan Rosenberg, an education solicitor at [law firm] Simpson Millar, said: ‘Guidance on behaviour and discipline in schools needs to be much clearer; especially with regards the use of isolation booths which, evidence suggests, are being used as a “dumping ground” for children, particularly those with special educational needs.

‘What was originally a method for dealing with an immediate crisis in a classroom is now being used as a low-cost solution for the long-term management of pupils, to the detriment of their mental health and education. The current guidance is not fit for purpose, and as a result children are suffering.'” 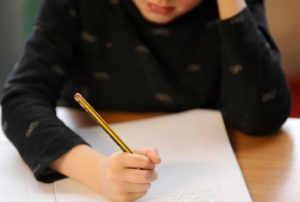