From CNN: “Diagnoses of either condition [suicidal ideation or suicide attempts among children between 5 and 18] increased from 580,000 in 2007 to 1.12 million in 2015, according to the study, published Monday in JAMA Pediatrics. The average age of a child at the time of evaluation was 13, and 43% of the visits were in children between 5 and 11. […]

One reason for the increase in depression and suicidal behaviors may be more stress and pressure on kids, Beresin said.

‘Kids are feeling more pressure to achieve, more pressure in school, and are more worried about making a living than in previous years,’ he said.

Parents and caregivers are also more stressed, Beresin said, adding that rates of suicides have increased in all age groups over the past 20 years and that the stress is passed down to children and teens.

Another reason may be the rise of social media and increasing rates of cyberbullying that have come with it, Beresin said.

Approximately 15% of US high school students report that they’ve been bullied online in the past year, according to the CDC. A Pew Research Center survey found that the number could be even higher: 59%.

‘Cyberbullying can be especially difficult for kids,’ explained Dr. Neha Chaudhary, child and adolescent psychiatrist at Massachusetts General Hospital and Harvard Medical School and co-founder of Brainstorm: Stanford Lab for Brain Health Innovation and Entrepreneurship. ‘Unlike in settings like schools, it can fly under the radar without anyone knowing it’s happening and without the same repercussions for the bullies.'” 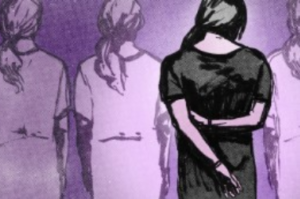