From The BMJ Letters: “In February 2018 the international debate on antidepressant withdrawal was reignited. In response to a letter published in the Times by Davies et al on the benefits and harms of antidepressants, the Royal College of Psychiatrists publicly stated that, ‘[for] the vast majority of patients, any unpleasant symptoms experienced on discontinuing antidepressants have resolved within two weeks of stopping treatment.’

To support this claim the college referred to guidelines from the National Institute for Health and Care Excellence (NICE), which state that ‘[withdrawal] symptoms are usually mild and self-limiting over about 1 week.

When Davies et al issued a freedom of information request to NICE asking for the evidence for its one week claim NICE was able to provide only two short review articles, neither of which supports the one week claim, although both cite numerous sources that contradict it.

We think that NICE’s current position on antidepressant withdrawal (first established in 2004) not only was advanced on insufficient evidence but is now widely countered by subsequent research. Several studies, using a range of methods, show that many people experience withdrawal for longer than one week—for example, for over two weeks in 55% of patients, at least six weeks in 40%, at least 12 weeks in 25%, and one to 13 weeks in 58%—with other studies finding mean durations of 11 days and 43 days.

Examples of longer durations, of more than a year, are reported in two recent community samples of people experiencing difficulties with withdrawal—by 38.6% (n=185) and for a
mean duration of 90.5 weeks (n=97).

Systematic reviews of withdrawal also concur, and one of the largest concludes that withdrawal symptoms ‘typically ensued within a few days from discontinuation and lasted a few weeks, also with gradual tapering. Late onset and/or a longer persistence of disturbances occurred as well.’ Another stated that ‘[withdrawal reactions] typically occur within a few days from drug discontinuation and last a few weeks . . . many variations are possible, including late onset and/or longer persistence of disturbances.’

The most recent systematic review, by Davies and Read, also concluded, on the basis of 14 studies of varied methods, that around half of users experience withdrawal when trying to stop or reduce antidepressant treatment, that nearly half of those experiencing withdrawal (46%) report it as severe, and that reports of symptoms lasting several months are common in many recent studies (see examples of duration above).

These practices, if routinely enacted, would help partly explain why the average time a person spends taking antidepressants has doubled in the UK since the guidelines were introduced in 2004, why antidepressant prescriptions are rising overall, and why patients regularly report that their withdrawal is not properly acknowledged, understood, and managed by doctors. In addition, the pooled results of two recent surveys showed that under 2% of around 3000 patients were able to recall being told anything about withdrawal effects, dependence, or potential difficulties in discontinuing treatment.

It is worrying that antidepressants are causing withdrawal effects that can be long lasting and severe and that this is not being sufficiently recognised by current clinical guidelines—and, by extension, many prescribers. NICE is now in the process of updating its depression guidelines, and we call on it and the royal colleges to revise their practice guidelines and
recommendations to bring them in line with the scientific evidence base.” 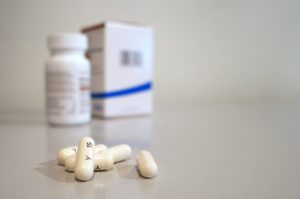