From NOW Toronto: A tribute by Don Weitz to his friend Mel Starkman, who was active in the Toronto-area Coalition Against Psychiatric Assault, was a major organizer of the 10th Annual International Conference on Human Rights and Psychiatric Oppression, co-founded the Psychiatric Survivor Archives of Toronto, and spoke out against electroshock treatment.

“Mel was a mensch. He lived his life like the words of the great Welsh poet Dylan Thomas: ‘Do not go gentle into that good night… rage rage against the dying of the light.'” 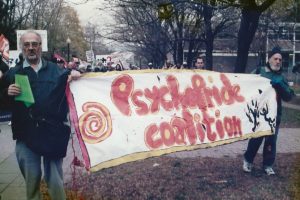