From The Guardian: “It is too easy to simply state that doctors need to listen more to patients in cases such as these. Proper research needs to be conducted. But it is telling that patient stories weren’t enough to bring about change to prescribing and withdrawal guidelines: that has happened only because clinicians such as Taylor, who also happened to be a patient, have experienced withdrawal and studied it as a result. Taylor told The New Yorker that had he not suffered withdrawal, he probably would have accepted the standard guidelines.

The lack of research on the effects of withdrawal by pharmaceutical companies rushing their medicines out into the world is also undoubtedly a factor. As is the minimising by drugs companies of such research that does exist – ‘highlight the benign nature of discontinuation symptoms, rather than quibble about their incidence,’ read one internal memo seen by The New Yorker . . .

One in six adults in England takes antidepressant medication: 7.3 million people in 2017-8 were given a prescription, 70,000 of whom were under 18. These pills are often prescribed in consultations taking less than 10 minutes. Friends have described watching GPs Google antidepressant medication before prescribing. Patients in the throes of withdrawal and in desperate need of support are left languishing, with no appointments available. An underfunded NHS, including mental health services, is not equipped to cope.

None of this is to say that antidepressants are bad, that they cannot be transformative, or give people back their lives. I am grateful for what they have done for me in times of profound distress but I wish I had known the nature of the journey that I would be embarking on; that stopping the train because you want to get off would be such a nightmare.

Why, when the health of so many people is at stake, did it take so long to listen to patients?” 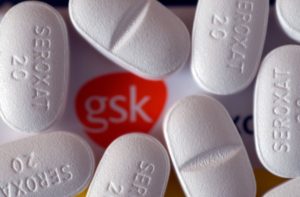