From Belfast Telegraph: “An expert witness has told the second day of the inquest into the death of Coalisland musician Stephen O’Neill (48) that an antidepressant drug triggered the events that led to his passing.

Professor David Healy of Bangor University was giving evidence on behalf of the O’Neill family.

‘I’m pinpointing sertraline as the drug that produced the catastrophic reaction,’ Professor Healy said. ‘When Mr O’Neill gets sertraline he shifts states quantitatively.’

His death in July 2016 followed a prescription for sertraline.

Prof Healy paraphrased Mr O’Neill’s attitude in the weeks leading up to his death: ‘He said: “This drug is poisoning me. It’s giving me problems I never had before.”‘

‘He’s handing them the diagnosis on a plate, and the system is not listening.’

Prof Healy queried the safety of sertraline, the first-choice antidepressant in the UK for adults.

‘The evidence in SSRIs (the category of drugs to which sertraline belongs) is that they cause more suicides than they prevent,’ he said.

In support, he quoted the US Food and Drug Administration, which found more deaths among patients on SSRIs than among those on placebos.” 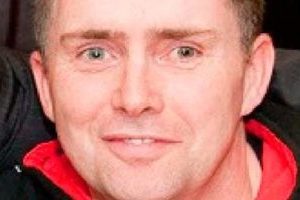