From USA TODAY: “The drugmaker that produces Prozac, the antidepressant that Joseph Wesbecker’s victims blamed for his deadly shooting rampage 30 years ago at Standard Gravure [in Louisville, KY], secretly paid the victims $20 million to help ensure a verdict exonerating the drug company.

Indianapolis-based Eli Lilly vigorously shielded the payment for more than two decades, defying a Louisville judge who fought to reveal it because he said it swayed the jury’s verdict.

Wesbecker began taking Prozac about a month before his murderous spree that killed eight and wounded 12 in the print shop attached to the Courier Journal. All but one of the victims sued Eli Lilly, the company that manufactured the popular but controversial drug . . .

On the eve of the jury’s verdict, which absolved Lilly of liability, the company made the secret payment without telling the judge overseeing the case.

In exchange for the payment, the plaintiffs – eight estates and 11 survivors – agreed to withhold damaging evidence about the arthritis drug Oraflex that Lilly withdrew from the market. Lilly pleaded guilty to 25 criminal misdemeanor counts for failing to report adverse reactions that patients suffered from the drug, and the drug company feared that the Prozac jury would be more inclined to rule against the drugmaker if it learned of it.” 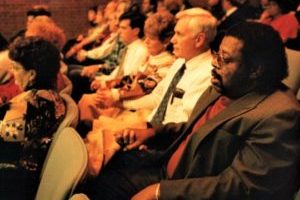