From the Discursive of Tunbridge Wells: “As with any peace talks, people fear that talking with the enemy will make the enemy stronger. Some people worry that talking with voices will give them more power. However we’ve found that if people have a grounded support network which helps them negotiate with their voices, the voices tend to become less rather than more controlling. The Talking with Voices approach is about communities supporting people to engage constructively with voices. The aim is to help empower them in that relationship and to become more confident to engage in the social world . . .

Engaging with voices is also controversial in the therapy world. For example psychologist Neil Thomas argues that engaging with voices risks increasing their presence in the person’s life and is only beneficial if the voices are benign. Instead, he proposes acknowledging voices’ existence but disengaging from them. I respectfully disagree. If somebody were to acknowledge me and then ignore me I would feel annoyed and disinclined to be cooperative.” 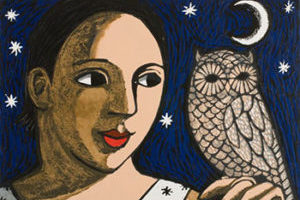