A recent study published in the Journal of Social and Political Psychology examines how involvement in collective political efforts can result in personality, behavioral, lifestyle, and worldview changes. The authors interviewed 28 participants belonging to the Swedish ‘Ojnare’ environmentalist campaign. Eleven themes were discovered from the data, including psychological changes related to radicalization, empowerment, self-esteem/confidence, personal relationships, career, and consumer behavior. 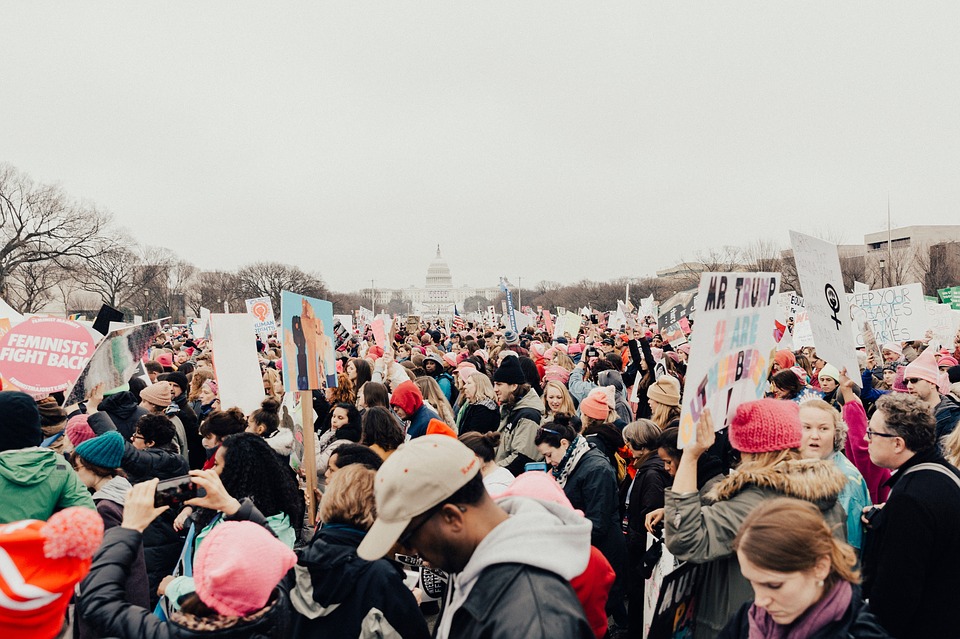 Existential threats such as climate change have spurred some psychologists to encourage collective forms of political action, rather than individualistic efforts to reduce anxiety. Research has shown that, in addition to being necessary for our survival as a species, collective action also has psychological benefits.

This type of research is important for demonstrating that collective political effort need not be a ‘chore,’ but can encourage personal healing as well as collective change. In addition, new research is providing a greater look at outcomes, rather than the traditional social psychological preoccupation with motives for engaging in political protest.

The current study expands existing research into the psychological effects of involvement in collective action, focusing on the range of possible psychological change stemming from a single political campaign. The authors interviewed 28 participants in the Swedish ‘Ojnare’ anti-deforestation campaign, using the qualitative thematic analysis research methodology to map relevant themes of psychological change. A mix of open and closed-ended questions was presented to interviewees in an attempt to get them to speak freely about experiences of change in relation to the collective action.

The first changed noted by the authors was around legitimacy and illegitimacy, particularly concerning the police and social authorities. 21 of 28 participants described an increasing distrust in the police after involvement in the campaign, which was also associated with the psychological change of increasing radicalization—or a willingness to go further than before to achieve their goals. All of this took place in the context of the non-violent conflict between protestors and law enforcement, with a large contingent of police officers attempting to remove protestors forcefully. This conflict is described as “police week” and had a significant impact on the participants.

“So yes, I won’t call the cops if it’s not extremely necessary, I don’t think I ever will again,” states one interviewee.

Empowerment was another significant theme, with some participants reporting an increased sense of agency and the ability to effect change around issues important to them. One participant describes:

“I didn’t think we could change anything, I was just going to go and check it out, but then, you know, we stopped them, we saved the forest, I never thought we could do anything like that but it shows you that if you are many that are engaged you can do something… I wouldn’t be involved in anything else if this hadn’t happened, I mean, I think that I can make a change, that we can make a change and I still feel like that in everything every day.”

This sense of empowerment was also linked to changes for some participants in perceived self-esteem/self-confidence. Additionally, all but one of the 28 participants described an increase in general well-being. Alongside these changes in self-perception, many participants felt that they learned new skills and acquired new knowledge through their participation about Sweden’s legal system, for example.

Changes in personal relationships were also described. Intergroup changes occurred between protestors and police, such as the increasing distrust or perception of authoritative illegitimacy, as well as intragroup changes. Participants noted a strong sense of solidarity with other ‘Ojnare fighters,’ including bridging the gap between vegans and meat farmers. The authors suggest that pressure from an outside group, law enforcement, may have helped to solidify ingroup relations.

Another change noted by some participants was related to career, such as taking time off of school to participate and wanting to extend involvement in similar collective action, to “keep fighting.”

“The way they [police] behaved towards us made me aware of the injustice of how wrong the world is and how the struggle is so much bigger than Ojnare I just had to get involved in other campaigns.”

The authors describe how many of these changes were interrelated. Perceived injustice at the hands of law enforcement encouraged greater radicalization, extended involvement, stronger ingroup relationships, and greater empowerment. Ingroup relationships and solidarity encouraged some participants to become vegan, promoting changes in consumer behavior, sense of self, and worldview.

“Yeah, definitely, I know now that if we fight together we are actually able to get somewhere, maybe not straight to the turning around society and creating world-peace, but yeah, I definitely feel like we can achieve stuff, I didn’t think like that before I went there [Ojnare].”

The authors do discuss some limitations to the study. Relying on self-report can present problems of exaggeration or misrepresentation from participants. A pre-participation set of interviews would have helped, but the authors were unable to achieve this because of the context. In addition, the specific nature of some interview questions could have primed certain types of responses. However, the authors note that behavioral and relationship changes can also be mapped by referring to external data, such as “interviews with a family member or close friend to participants, and sales figures from shops selling ethical products.”

“Our results indicate the importance of social categorization as part of the process of emerging psychological change as an outcome of participation in collective action. A new shared social identity that changed the social relations emerged through police interaction. The dynamic social context, the intertwined relationship between identity and interaction creates a platform where the participants are given an opportunity to express a new categorization of self and the world. They come to see themselves in an activist way and act based on that category.”