From FairWarning: “In an age of distortion, propaganda and fake news, medical literature might seem to be a safe space for honest scientific inquiry, with no room for bias or spin. It isn’t so. Court proceedings, investigations and whistleblower accounts have revealed a long history of drug companies manipulating the literature to promote their drugs or disparage rival products – with the aim of getting doctors to prescribe more of their meds.

Of course, they have more direct ways to goose sales … [but] less well known is the tactic of developing favorable medical articles to influence prescribing decisions. Over the years, records and interviews show, such articles have often involved ghostwriting and its sketchy sidekick, ‘guest’ or ‘honorary’ authorship. Together, they have exaggerated the role of the independent researchers or ‘thought leaders’ who are credited as authors, while minimizing the role of those who did the heavy lifting – drug makers and paid medical writers …

Since ghostwriting is meant to be invisible and is revealed, if ever, years after the fact, it’s unknown how common it is now.

‘I don’t know of anyone or any study that can really quantify how big of a problem ghost authorship has been,’ or ‘how big of a problem it remains,’ said Dr. Darren Taichman, executive editor of the journal Annals of Internal Medicine. ‘It’s very rare that editors are in a position to truly know who did what on a research paper.'” 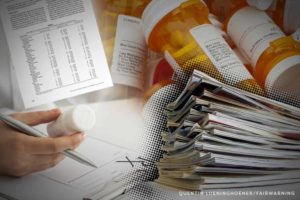