Jay Amsterdam, who first blew the whistle on corrupt research practices in a study conducted by GlaxoSmithKline (GSK) eight years ago, has now submitted another whistleblower complaint to the federal Office of Research Integrity (ORI) based on new evidence that has come to light.

“Because the research performed in the paroxetine 352 study was conducted on behalf of the U.S. taxpayer via NIMH funding, we respectfully request that the misconduct case be re-opened in order to correct the scientific record about errors of fact and judgment in Penn’s prior adjudication of this case,” Amsterdam wrote.

Mad in America recently published an in-depth report about Amsterdam and the corrupt practices of Study 352.

This will be Amsterdam’s third attempt to convince ORI that research misconduct occurred. The previous two letters, sent in 2011 and 2012, provided the information that Amsterdam knew at that time: that the study was ghostwritten, and the supposed authors (two of whom were in his department at the University of Pennsylvania) had signed their names to an article they hadn’t written.

But nothing ever came of those investigations.

In 2019, more than 40 documents were released as part of ongoing litigation against GSK that provide new evidence of the extent of the corruption. The cache of documents include internal memos from ghostwriters to GSK personnel and academics, letters proving that the supposed “authors” of the study were contacted after multiple drafts of the article were already written, and letters exposing corruption in the editorial staff at The American Journal of Psychiatry.

According to Amsterdam’s letter to ORI, the new documents demonstrate a number of his claims:

Amsterdam noted in his complaint that the study 352 paper has been cited over 500 times in favor of paroxetine, despite the actual results being almost universally negative. The paper also has been cited in influential treatment guidelines. Because this could be harmful for patients, Amsterdam urged the ORI to reopen its case and examine the newly-released documents. 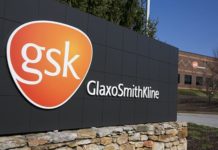 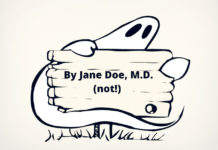