From The Daily Mail: “Initially, it was hoped the drug, and its milder ‘sibling’ gabapentin, could be a less risky alternative to addictive painkillers as well as benzodiazepine medicines – such as diazepam, also known as Valium and alprazolam, or Xanax. But this wasn’t the case.

Indeed, doctors have described it as ‘the new Xanax’ and even ‘Valium on steroids’ due to fears about its crushing side effects, including suicidal thoughts and weight gain.

Earlier this month, Public Health England warned in a report of its ‘increasing use and harm’, as prescriptions passed a record 7.5 million in the 12 months to May.

. . . When I mention pregabalin today, most people have still never heard of it. But Shapiro feels this may be about to change. If the economic situation continues a downward trajectory, with more job losses ‘we may soon see a huge rise in the number of people having problems with anxiety’, he says. And if lessons about pregabalin aren’t quickly learned, he warns: ‘It might push prescriptions up even more. We could be facing a nightmare.'” 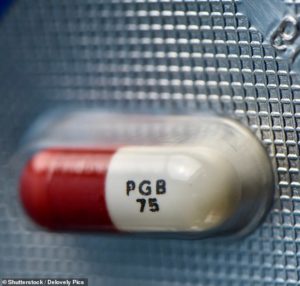