A new article in the forthcoming special issue of Transcultural Psychiatry: Cultural Contexts and Ethical Issues in Therapeutic Use of Psychedelics provides a review of the major contextual factors shared by various healing traditions such as psychedelic-assisted treatments, indigenous healing practices, and present-day mental healthcare in the West.

The authors, Natalie Gukasyan and Sandeep Nayak of the John Hopkins Center for Psychedelics and Consciousness, provide a review of the common factor theory of psychotherapy and how it applies to psychedelic-assisted treatments. They suggest using this theory to clarify the definition and nature of possible placebo effects, which have posed considerable challenges to psychedelic research, and explain how these insights may inform future treatments and understanding across cultures.

“The common factors lens allows us to more clearly see psychedelic treatment in a broader historical and cultural context. Though at face value psychedelics might appear to have exotic qualities, psychedelic-assisted treatment likely has much more in common with established forms of mental healthcare than not.”

Emerging research suggests that psychedelic-assisted treatment may be an effective form of mental health care. Studies have found psychedelic therapies to be useful for anxiety and depression among cancer patients and for treating addiction. Some evidence has found that these treatments can lead to enduring changes in personality traits.

It is particularly challenging to use these study designs for psychedelic-assisted therapy due to its subjective effects, as well as trouble with differentiating what effects may be due to the psychedelics themselves versus the adjunctive psychotherapy that assists this hybrid-treatment model. Participants and observers can often recognize whether they were given a placebo or intervention, making the double-blind nonviable.

The stigma and general attitudes around psychedelics in the West add to these research challenges. The concept of ” set and setting,” coined by Timothy Leary in the 1960s, frequently arises in the discussion of the concerns mentioned above.  The term ” set and setting” encompasses psychological, environmental, and social factors that affect the psychedelic experience.

With these in mind, preparation, expectation, physical environment, and even cultural attitudes can shape acute drug effects. Therefore, stigma and general views of the public about psilocybin and related compounds must be considered, as they remain classified as Schedule 1 drugs under the Controlled Substances Act, suggesting a dangerous potential for abuse with little or no clinical benefit.

As researchers continue to investigate ways to study psychedelic-assisted treatments, there is a significant overlap between set and setting and the situational factors known to augment placebo response, making this research particularly challenging. The authors explain:

“Standard practices in psychedelic-assisted treatment as described above are obviously at odds with the goal of minimizing placebo response, yet are simultaneously touted to be necessary for both safety and efficacy.”

An overview of how Western psychotherapy emerged is helpful in understanding the historical therapeutic use of psychedelics. Psychotherapeutic methods (defined as “psychological means by a socially sanctioned healer to bring relief to a sufferer”) have existed from the earliest days of human history. This would include various forms of religious-magical healing for somatic and psychological ailments, many of which are still practiced today in indigenous societies.

It wasn’t until the 18th and 19th centuries that a shift occurred in the West, desiring “logical or rational mechanisms instead of ones based in faith.” This was catalyzed by Sigmund Freud and his contemporaries and intellectual heirs, which led to the burgeoning of hundreds of distinct theoretical orientations.

With the abundance of new theories came the desire to demonstrate one being more effective than another. However, research consistently shows that one approach is not “better” than another in terms of effectiveness, but instead, there are “common factors” of psychotherapy that may be responsible for treatment efficacy.

The common factors theory was coined by American Psychologist Saul Rosenzweig, suggesting that, in fact, social conditions of learning are the most important common factors in “successful” treatment. Psychiatrist Jermone Frank expanded this theory and gave attention to indigenous forms of psychotherapeutic processing, such as shamanism and religious healing.

Frank suggested that what made for successful psychotherapies were four broad features:

The authors propose in this article that the validity of each of these factors plays a role in psychedelic-assisted treatments and can aide in our understanding of placebo effects.

The most researched component of these four factors is the relationship, also referred to as the therapeutic alliance between therapist and patient. A meta-analysis covering studies conducted from 1957-2017, which included more than 30,000 participants, revealed that the working alliance was highly correlated with the outcome regardless of the type of therapy/theoretical model (such as Cognitive Behavioral Therapy, psychodynamic, and interpersonal therapy).

Within the understanding of the importance of the relationship are Rogerian factors such as empathy, congruence (or a therapist’s genuineness), and positive regard. Unsurprisingly, all play into the efficacy of psychotherapy for patients.

The relationship component is complicated in psychedelic-assisted treatment, as there are often two clinicians providing support to the patient. This introduces a further complicating factor – the rapport and dynamic between the two therapists themselves, and characteristics of not one but two therapists that could impact the experience.

The second factor is referred to as the healing setting. This emphasizes the importance of the environment on healing. In indigenous practices, this may occur in a sacred place or temple, whereas in the West, these settings are often hospitals, clinics, or other sites with an “aura of science.”

In the case of psychedelic-assisted treatment, the setting is a hybrid of both a scientific space as well as resembling more of a living room setup.

“Such environmental cues might have substantial effects on expectancy, signaling to patients that the procedure that takes place in this setting is particularly powerful or special,” the researchers write.

“In early studies with alcohol use disorders, researchers found that the use of religious images, icons, and music increased rates of spiritual reactions to LSD. Psychedelic-assisted treatment may draw power from both an ”aura of science” associated with the affiliated hospital or research institution, and religious or spiritual cues in the immediate environment.”

Next, the authors consider the third point from common factors theory: the rationale, conceptual scheme, or myth. According to Frank, the conceptual scheme or myth behind given psychotherapy serves a variety of functions in the development of expectation. The authors explain:

“In conjunction with a ritual, the myth inspires expectations of help, arouses strong emotional responses, and enhances a sense of mastery or self-efficacy. In indigenous forms of healing, the myth is drawn from the cosmology of the group.”

In psychedelic-assisted research, there seem to be two major categories for the rationale/myth component. One component is the neurobiological effects of the drug. For example, we know that psilocybin can induce changes in functional brain connectivity during the period of acute drug effects.

The second component related to the rationale or myth relies on the subjective experiences produced by these drugs, which some describe as deeply meaningful, emotionally rich, or even mystical. However, this labeling has caused turmoil among psychedelic researchers who hear those words and question the scientific validity or credibility of them. Despite Western skepticism of these factors, mystical qualities are correlated with better outcomes.

These two components (neurobiological and the subjective experiences) that make up the rationale or myth speak to the potential psychedelic-assisted treatment has to draw symbolic power from multiple domains.

“The rationale that participants identify with and ultimately find helpful may relate to expectation building within and without the study, personal spiritual/religious practice, personality traits, prior experiences with psychotherapy as well as an individual’s folk psychological account of how mental suffering operates.”

The final component of common factors theory to consider is the ritual, which is an extension of the rationale/myth that is undertaken together by the therapist(s) and patient and involves the dosage amount.

In a Western research setting, a patient can expect to arrive at their session and be greeted by their “session guides” (therapists). After settling into the space and being reminded of intentions for the session, they are offered a capsule and guided to lay down on a couch with eyeshades and headphones playing a program of music that encourages inward reflection (research shows that music plays a vital role in the treatment and can increase emotional responses, autobiographical memory recall, and mental imagery).

Throughout the day, blood pressure and heart rate are monitored, and the therapists are present to offer safety, reassurance, and physical forms of support such as hand-holding. The participant is encouraged to be open and curious about whatever comes up, despite the intensity of the response.

Some patients report having challenging experiences that ultimately are associated with overall positive outcomes, which is compatible with Frank’s common factor theory that posits that emotionally intense experiences are helping in transforming meaning. The authors add:

“It also begs the question of whether what is happening in psychedelic-assisted treatment is all that unique. For someone with depression, is it really the direct effect of the drug that improves mood via physiological changes in the brain, or is it the patient’s transformation of meanings secondary to an emotionally powerful experience?”

The four components of common factors theory highlighted here are central to the challenges of designing gold-standard, randomized, placebo-controlled double-blind clinical research in psychotherapy. Researchers know that these common factors may provide a majority of the benefit of treatment, and are also necessary for the success of treatment.

Therefore, “the concept of placebo is straightforward when applied to medicine, but is not coherent when applied to psychotherapy.” This points to the greater ongoing challenges of the field of psychology has adopted the biomedical model and, with that, the disregard of placebo effects and mystical experiences that are emotionally laden.

“Due to its medical roots, placebo has carried connotations of deception and ineffectiveness, yet we know that psychotherapy is indeed effective for the treatment of many mental health issues. Rather than thinking of common factors as ”placebo,” Kirsch et al. suggest that we understand them as ”active psychological ingredients” that are necessary but not sufficient for adequate treatment.”

By challenging to biomedical model’s perspective on placebo as well as set and setting, psychedelic-assisted treatments may have much more in common with psychotherapy research than psychiatric drug studies. 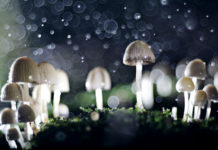 How Psilocybin-Assisted Therapy Changed My Life