From 7 News Australia: “The use of psychotropic drugs as a chemical restraint to control behaviours in people with intellectual disabilities may constitute abuse or neglect, a royal commission has heard.

Consultant pharmacist Manya Angley told the commission that she strongly believed psychotropics were both over-used and misused in Australia.

She said unless such drugs, which could include anti-psychotics, were prescribed as a last resort, then the person had been denied their right to proper intervention and care.” 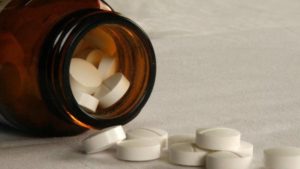