From The New York Times: “In a New York nursing home, a resident hurled a bingo chip. At a home in Georgia, a 46-year-old woman, paralyzed from the waist down, repeatedly complained that no one had changed her diaper. In a California facility, a patient threw tableware.

In all three cases, the nursing homes cited the incidents as a reason to send the residents to hospitals for psychiatric evaluations — and then to bar them from returning.

Across the United States, nursing homes are looking to get rid of unprofitable patients — primarily those who are poor and require extra care — and pouncing on minor outbursts to justify evicting them to emergency rooms or psychiatric hospitals. After the hospitals discharge the patients, often in a matter of hours, the nursing homes refuse them re-entry, according to court filings, government-funded watchdogs in 16 states, and more than 60 lawyers, nursing home employees and doctors.” 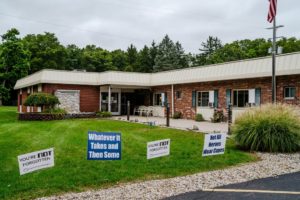