From The Washington Post: “One woman with a history of trauma and sexual abuse was ‘repeatedly secluded and restrained’ in 2019 and 2020 in violation of hospital policy that prohibits those tactics from being used on people with such histories, according to the report. The interventions came after the nonprofit reported concerns about the woman’s treatment last year, the report said.

In February, video of one incident showed ‘a disturbing scene where seven staff, five of whom were men, converged on her while she was quietly sitting on a mat in the seclusion room’ before a male nurse pulled down her pants and injected her in the buttocks, according to the report.

The report also said the Department of Behavioral Health’s investigation of the incident, which has not been publicly released, showed that staff members had falsified reports related to the incident and that the nurse who injected the patient had his Maryland nursing license suspended in 2012 for abusing a psychiatric patient there.” 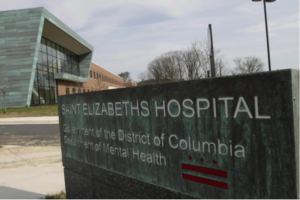