Research shows that both the victims of bullying and bystanders face complex social and emotional consequences that impact mental health. A new study, led by Aida Midgett from Boise State University, evaluated the effect of a single bystander education program, the STAC intervention, and its impact on student mental health.

Participants in one rural middle school community were randomly sorted into two groups – a bystander training (intervention) group and an assessment only (control) group – and assessed pre and post-intervention in areas representing self-reported depressive symptoms and suicidal ideation. Their results, published in the Journal of Prevention and Health Promotion, indicate that students trained to skillfully engage in bullying incidents as “defenders” had a reduction in depressive symptoms and passive suicidal ideation. In contrast, those in the control group displayed increases.

“When students witness bullying, they can respond by acting as an ‘assistant’ (i.e., joining in with the perpetrators), ‘reinforcer’ (i.e., providing positive feedback to the perpetrator), ‘outsider’ (i.e., disengaging and either leaving the situation or observing from a distance), or ‘defender’ (i.e., intervening on behalf of targets),” the study authors write. 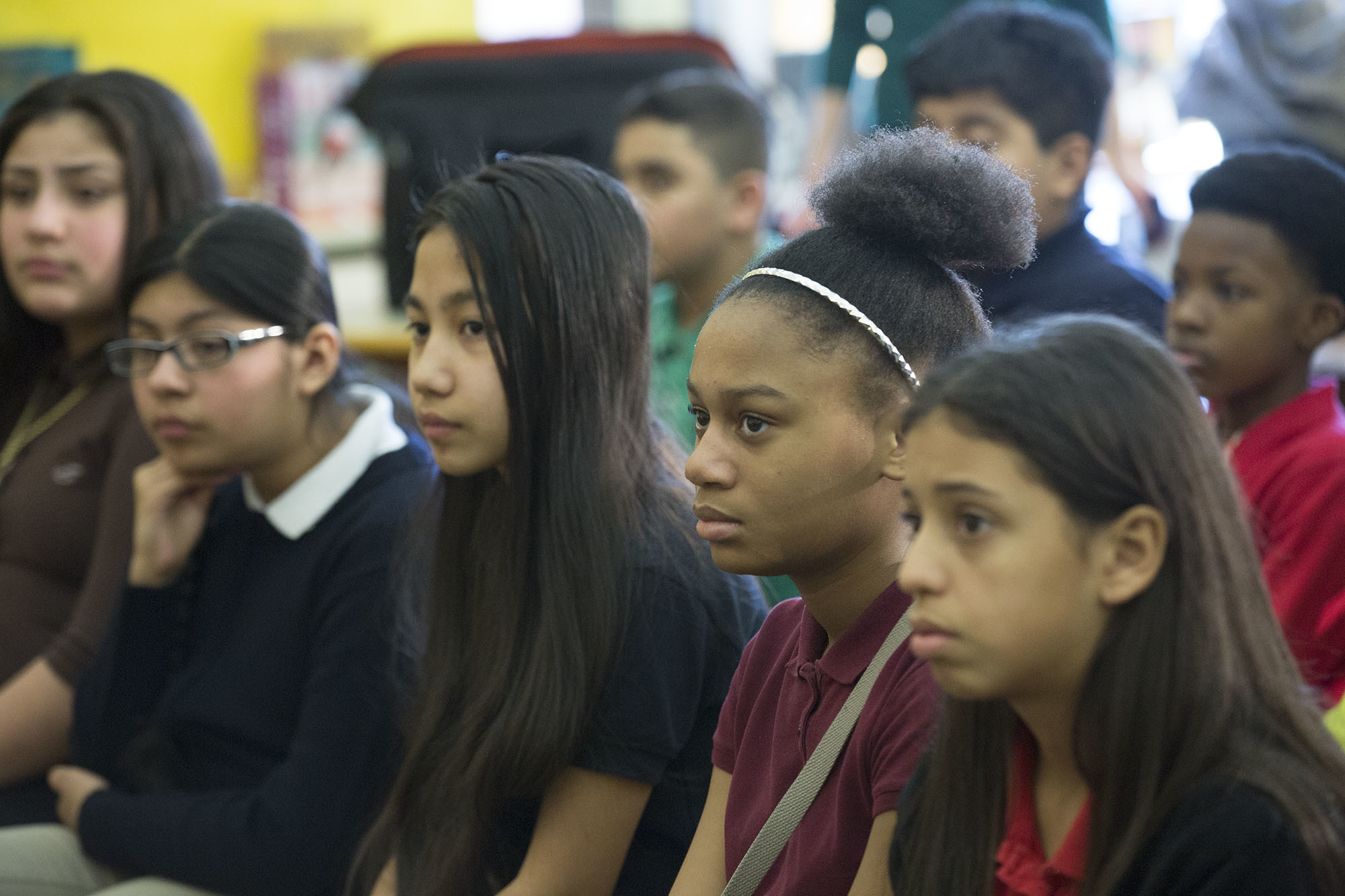 Bullying is a common dynamic in school communities occurring at particularly high rates in low-income, rural, middle school communities. Definitions of what constitutes bullying continue to vary in applied research, but it has been well-established that bullying is a major issue impacting young people – sometimes long-term. Approximately a quarter of middle school students report having directly experienced bullying, and nearly three-quarters of students witness bullying. Although nothing new, bullying is stressful, and reductions in bullying can positively impact school climate and student mental health.

One recent study found that adults who reported having been bullied by eight years of age were more likely to experience depression in adulthood than those who had not. Another found that those who had perpetrated and those who had been victimized by experiencing bullying were at increased risk of a host of psychiatric diagnoses in childhood and beyond. Involvement in intense conflict and harassment linked to power differentials among students may be traumatic in whatever capacity a child may be involved.

Midgett and co-researchers’ decision to explore the characteristics of mental health among students exposed to a bystander skills-training intervention is informed by past research suggesting that bullying has significant social and emotional implications not only for immediate victims but for witnesses. Students who report having witnessed bullying are more likely to experience elevated depressive symptoms and passive suicidal ideation. Students living in rural, low-income communities are at elevated risk for witnessing or being targeted in bullying incidents.

Of particular interest to authors of the current study is past research indicating that “bystanders who ‘defend’ [the] students [victimized in bullying incidents] report higher levels of depression than students who do not intervene.” Attempting to stand up for a peer during an incident without success may weigh on students interesting in lending others support.

Therefore, the authors hypothesized that students empowered with skills and resources to intervene more effectively might experience relief from the negative social and emotional symptoms linked to intervention. This project extended previous research by focusing on a rural student population.

Midgett and colleagues randomly selected a sample of students from a school public middle school situated in “a rural, low-income community in the Northwest.” (N=130) to participate in their study. Half were sorted into the intervention condition, involving progression through the brief STAC bystander training intervention and questionnaires. The other half were sorted into a control condition, only requiring completion of questionnaires.

STAC is a bullying prevention program unique in its focus on bystanders. It involves a 90-minute student training “to teach students about bullying, associated negative consequences, bystander roles, and the four STAC strategies students can use to intervene when witnessing bullying,” followed by two 15-minute booster sessions to reinforce training content. The program encourages students to skillfully assume the role of “defenders” when they notice their peers being targeted or treated poorly.

Intervention effects were evaluated across two time-points and compared between treatment and control groups using an analysis of variance (ANOVA). Results revealed a significant decrease in self-reported depressive symptoms and passive suicidal ideation among those in the intervention group compared to slight increases in both within the control group pre-intervention compared to six weeks post.

Because this research took place within a single school community, results lack generalizability and may have been impacted by contamination effects. However, Midgett and team’s method for program evaluation, and the STAC bystander intervention itself, both reflect approaches potentially more feasible and acceptable in school communities than other leading options.

School is an environment where many young people encounter bullying and are confronted with difficult decisions about how to respond. This research highlights the potential for creative preventive programming to combat ineffective patterns of engagement with others that may not only fail to quell conflict but may have lasting effects on the social and emotional profiles of those involved. Short-term, discrete training opportunities to boost youth empowerment may alleviate the impact of bullying experienced by witnesses in school communities.

“The majority of students witness bullying at school, and witnessing bullying is associated with symptoms of depression and suicidal ideation. Furthermore, using maladaptive defending behaviors when intervening in bullying situations is associated with depression. Thus, teaching bystanders appropriate ‘defender’ skills is an important goal for school mental health professionals.”