From NBC News: “The Trump White House blocked the Justice Department from making a deal in October 2019 to pay for mental health services for migrant families who had been separated by the Trump administration, two current and two former senior administration officials told NBC News.

Three sources involved in the discussions who requested anonymity said the Office of White House Counsel made the decision to reject the settlement of a federal lawsuit after consultation with senior adviser Stephen Miller, the driving force behind many of President Donald Trump’s immigration policies, including family separations.

. . . ‘Many of these children thought their parents had deliberately abandoned them. The longer that trauma goes unredressed, the more severe the consequences,’ Rosenbaum said. ‘We had a deal, a good deal. Everybody was feeling good about where we were. Then they came back and said no.'” 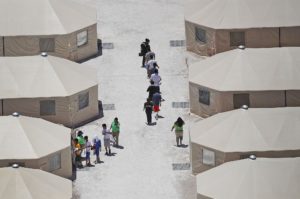