From MedPage Today: “The study in question would use the ‘body morph’ test, designed by [psychiatrist Jamie] Feusner and fellow researchers in 2015. During the test, transgender and cisgender participants are photographed from various angles in a nude-colored, full-body unitard. After faces, hands, and feet are cropped from the images, photographs of participants’ bodies are morphed with pictures of different bodies from a variety of angles, amounting to the production of 62 unique images per participant.

In an emailed statement to MedPage Today, Feusner and co-researcher Ivanka Savic-Berglund, MD, PhD — also an adjunct professor of neurology at UCLA — wrote that at the time that Feusner created the ‘body morph’ test, ‘experiences of body-self incongruence were not easily understood. The test uses images to estimate the degree of alignment between individuals’ body perception and their gender-specific self-identity.’

In their letter to UCLA, [leaders from Gender Justice LA and the California LGBTQ Health and Human Services Network] strongly objected to the idea that such brain imaging — capturing the neurological response of gender dysphoria — could provide any scientific data that could ‘help’ trans people in the future.” 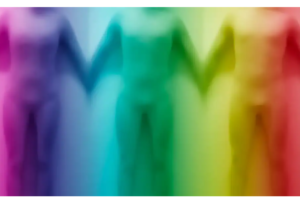