That parental support can prevent the occurrence of delinquent behaviors in youth is well established. Now researchers are exploring what kinds of parental support facilitate these positive outcomes. Specifically, Glenn D. Walters of the Department of Criminal Justice at Kutztown University examined the role of empathy in the equation.

In his study, published last week in the Journal of Moral Education, Walters explored whether or not the presence of youth empathy strengthened the relationship between young people’s perceptions of parental support and their involvement in delinquent behavior. His results suggest that parental support leads to increases in empathy among young people, leading to reductions in delinquent activity.

“It is conceivable that parental support achieves its effect by encouraging empathy development, given how vital parenting can be in promoting empathy in early childhood,” Walters explains. 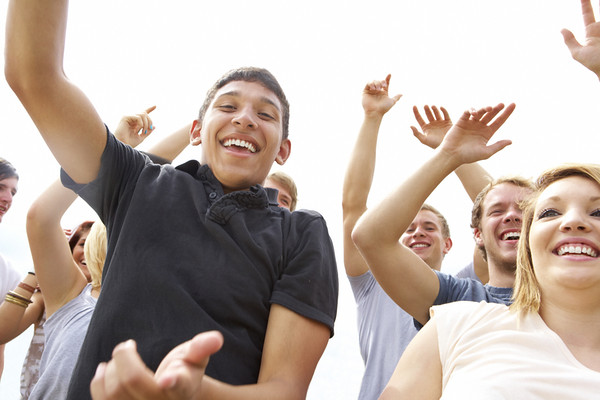 There have been multiple models proposed for conceptualizing empathy. According to the framework applied in Walters’ work, empathy consists of three facets: affective, cognitive, and compassionate. All three components are included in the umbrella definition of empathy applied in his work: “the capacity to experience, understand, and act on the feelings of another.” Empathy exerts a powerful force beyond implications for social connections alone. For example, research has indicated that empathy-oriented instruction can improve students’ creative skills in science curricula.

Warm, supportive parenting correlates positively with positive youth outcomes such as prosocial behavior and empathy. There has been some conflicting research in this area regarding the question of reciprocity in parent-child support and empathy (i.e., do more empathetic children garner increased support/empathy from the adults in their life). Still, the significance of adult support in the development of prosocial behavior is consistently supported in research.

“The purpose of this study was to determine whether empathy is capable of mediating the relationship between perceived parental support and juvenile delinquency,” Walters writes.

The data included in Walters’ work were drawn from the Longitudinal Study of Australian Children (LSAC), comprising abundant information corresponding with a nationally representative sample (N = 3,865) of young people across multiple cohorts and time points. Correlations and path analyses were conducted using selections from parental support, empathy, and delinquency data across the following age waves: participants at ages 12/13, participants at ages 14/15, and participants at ages 16/17.

“The principal implication of this study is that parental support, as perceived by the child, apparently plays a small but significant role in the development of empathy in early adolescent youth. Empathy, in turn, may serve to reduce the child’s propensity for future delinquent involvement.”

Walters notes various limitations to his study, such as the unique makeup of the population sampled for this analysis, the scope of available empathy measures applied in research, and the absence of early childhood in the trajectory explored in this particular project. However, results strengthen the case that caregiver support may be instrumental in curbing youth delinquency by way of encouraging empathy.

Starting at home and likely spanning across settings, support from significant adults can go a long way in fostering skills necessary for young people to relate to others and engage pro-socially. Programs to provide parents with resources to support their children may be valuable in making use of this work’s implications.