From PESI UK: “The rate of prescribing most categories of psychiatric drug has increased dramatically in recent years. One consequence of this is increasing numbers of therapy clients taking one or more psychiatric drug. While it might be tempting for therapists to think that drugs are the sole concern of the prescriber and conversations about drugs should stay within the medical arena, this would be misguided.

Psychiatric drugs are powerful psychoactive substances that have a range of effects on the brain and the body, both the intended effect and a host of unwanted, potentially adverse effects. In different ways (through different mechanisms of action in the brain) drugs can alter both cognitive and emotional experiencing, for example, slowing down thought processes (a sedative effect) or suppressing emotions. While they are intended to treat mental disturbance and distress, it cannot be assumed that taking a psychiatric drug will be of benefit to the person taking it, i.e. whether altering a person’s cognitive and emotional functioning will be helpful. Or if it does provide some therapeutic benefit, does this outweigh any potential negative effects?

What, then, might be some of the implications of working with a client who is taking a psychiatric drug? How might its effects – including effects the client feels are beneficial, and those that are unwanted and unpleasant – interfere with the therapeutic process or even the goals of therapy?” 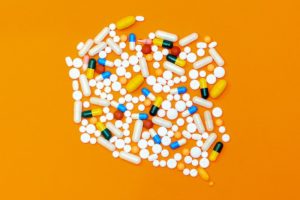