A recent study published by the Journal of Trauma & Dissociation studied racial and gender differences in veteran PTSD, its relationship to discriminatory stress, and changes in symptom severity over a 6-month span. Psychologist Juliette McClendon and colleagues found that Black and Hispanic/Latinx veterans reported a higher severity of PTSD symptoms and discriminatory stress than White veterans, with Black women and Hispanic/Latinx men experiencing higher levels of PTSD over time.

“Military veterans have high rates of trauma exposure and posttraumatic stress disorder (PTSD). Among post-9/11 veterans, there is growing evidence of ethnoracial disparities in PTSD risk,” McClendon and her co-authors write.

“Compared with Whites, Black and Hispanic/Latino/a/x veterans and civilians have higher prevalence, incidence, and severity of PTSD after exposure to a traumatic event, and gender further shapes these patterns of disparities.” 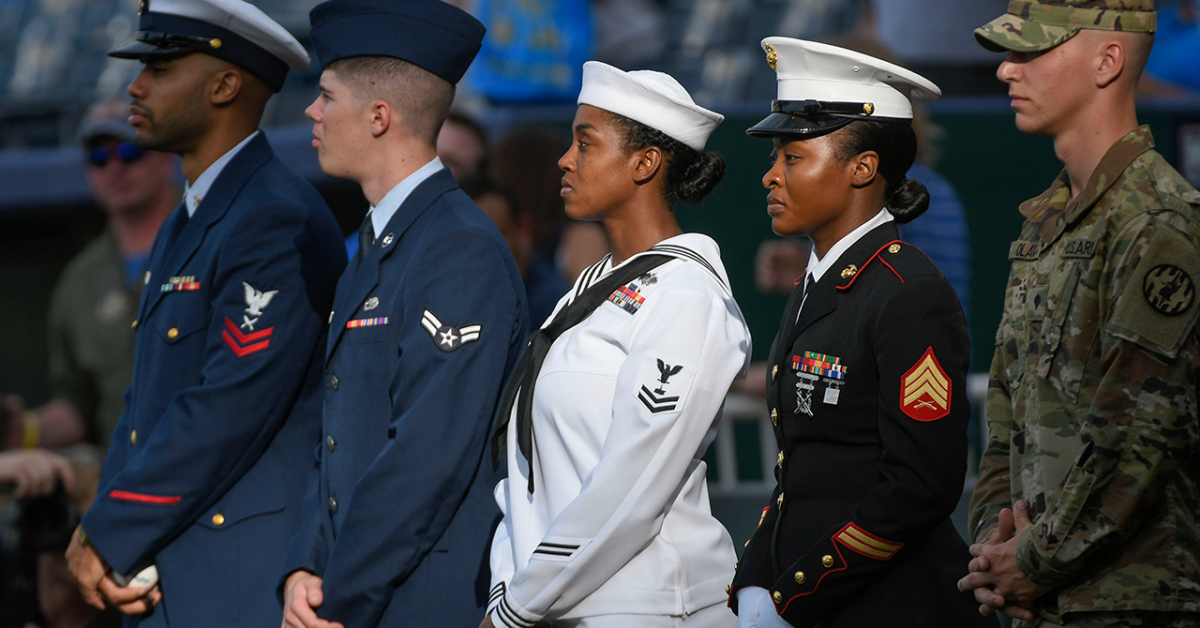 Often missed by healthcare systems and professionals, these racial disparities in PTSD are mediated by racism–including institutionalized forms of oppression and everyday forms of discrimination such as microaggressions, which increase PTSD symptoms.

Most mental health professionals lack training regarding the treatment of racial trauma, but there has historically been a lack of proper conceptual models for working clinically with such an issue. In recent years, new ways of working with racial trauma have been developed, which help clients engage with their cultural roots and become aware of how racism affects mental health and wellbeing. These models do not seek to replace anti-racist practices aimed at societal and structural changes but alleviate the distress caused by larger sociopolitical issues.

Women also experience gender discrimination, which influences their mental health. When race and gender are combined, discrimination is sometimes intensified. The authors write:

There is limited research on the association between discrimination, stress, and PTSD within veteran populations. For this reason, the authors sought to determine if there were ethnoracial and gender disparities in the relationship between discriminatory stress and the severity of PTSD symptoms over time (6-months) within a veteran population. This information could help inform trauma-focused outreach and treatment that is informed by relevant sociocultural information.

The participants of the study were 2,344 veterans who recently separated from the military. Although the researchers used sampling and weighting procedures to obtain well-balanced participation between different sociodemographic factors, 82% were men, and 60% were white.

At baseline, the researchers asked participants if they had experienced a traumatic event from childhood until the present according to the DSM-5 Criterion A. The second and third time they collected data, participants were asked if they had experienced a traumatic event during the last 6-months. At the third and last (fourth) time they collected data, PTSD symptom severity was assessed using the 8-item Posttraumatic Stress Disorder Checklist for DSM-5 (PCL-5).

They found that 79% of Black veterans, 76.8% of Hispanic/Latinx, and 73.7% of White veterans had reported being exposed to trauma throughout their lifetime. Black veterans were significantly more likely to be more consistently exposed to trauma. Black men and women experienced more discriminatory stress than all others, while Hispanic/Latinx men experienced more discriminatory stress than White men. White men also reported lower PTSD severity over time than all other groups.

These findings highlight the importance of examining the intersections between race/ethnicity and gender, as gender differences in the effects of discriminatory stress were only found between Black men and women.

The researchers identified a series of limitations, including limited power to detect differences between groups due to the different group sizes in the sample. They also did not include Asian and other racial and ethnic groups. Finally, they also had a single-item measure for discriminatory stress.

This study highlights racial disparities in PTSD symptom severity and gendered differences between black men and women. As the authors state:

“There are legacies of historical and ongoing discrimination that people of color face in the health care system, including in the VA health care settings, as well as some evidence of racial/ethnic disparities in PTSD treatment.”

These legacies also call for changes in these systems of care, larger social systems, and for the development of specialized therapeutic models for working with women and racial/ethnic minoritized people.