From Kaiser Health News: “Addiction treatment facilities in Pennsylvania, like ASI, are licensed and regulated by the state to ensure they follow certain rules and keep vulnerable people struggling with addiction safe. Oversight used to fall to the Department of Health. But in 2012, the state created the Department of Drug and Alcohol Programs, a $125 million agency set up to give substance use the attention lawmakers felt it deserved.

. . . A KHN-Spotlight PA investigation found that the department has allowed providers to continue operating despite repeated violations of state regulations and harm to clients. More than 80 interviews and a review of thousands of pages of state government and court records revealed that the department lacks resources and regulatory power, uses an inherently flawed oversight system that does little to ensure high-quality or effective care, and rarely takes strong disciplinary action against facilities when so many Pennsylvanians need services.

The department has no standard criteria for when it should force facilities to serve fewer patients and, as of early April, had revoked just one treatment provider’s license in nearly a decade. It doesn’t, as a regular practice, compare facilities to see if any stand out for an unusual number of violations or the most client deaths. And since state inspections focus heavily on records, they can be tricked with fraudulent paperwork, former employees in the treatment field said.

This leaves Pennsylvanians — who suffer one of the highest drug overdose death rates in the nation — in the dark about which treatment facilities have troubling track records.

Some advocates point out that overregulating or closing facilities could leave people suffering from addiction without options for care. But in the current system, state and judicial records show, some patients have received inadequate treatment or even died; certain facilities have fraudulently billed insurance companies; and owners rake in federal and state tax dollars, as well as private money from victims of the opioid crisis.

‘Many of these rehab facilities are not properly run or supervised, and many are in it for the money,’ said Peter Friday, an attorney who represented Adam’s family in their lawsuit. ‘These places have been unbridled.'” 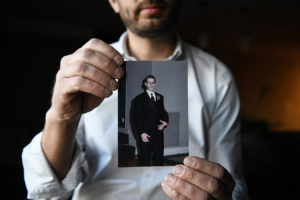