From The Telegraph: “Police are conducting an investigation into the death of a woman who was allegedly given higher than recommended doses of a powerful anti-psychotic drug at a mental health unit.

Margaret Molyneux, 69, a former lecturer, was undergoing treatment for bipolar disorder when she suffered a series of complications and died in hospital three days after choking in July 2017.

A coroner ruled that she had died of natural causes, but Hertfordshire Police launched an investigation into allegations of gross negligence manslaughter, after a review found that Ms Molyneux had been prescribed higher than recommended doses of the drug olanzapine [Zyprexa].

. . . [Molyneux’s daughter, Petria Foley] said despite her mother’s deteriorating condition, the drugs continued to be prescribed and medics also stopped her mother from smoking which meant the medication had an even more powerful effect.

Ms Foley said she believes her mother’s death was entirely avoidable and she has also accused the local health trust of attempting to cover up the facts of the case.

. . . ‘There was written advice suggesting that the medication was causing a risk of choking, but that advice was ignored and I am convinced that had the olanzapine been stopped she would have recovered.'” 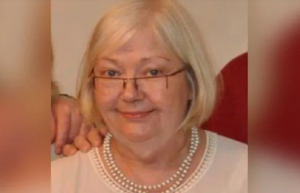