From The New Statesman: “[Charles] Fernyhough leads the Hearing the Voice project at Durham University, which since 2012 has been conducting interdisciplinary research into voice-hearing with a deliberately broad focus: it examines such phenomena as the inner voices heard by writers as they try to capture their characters on the page, the hallucinations experienced by people who have taken the psychedelic ayahuasca, or the voices heard by some Christians. Fernyhough is interested in the links between voice-hearing and our inner speech, the internal voice you might hear as you read these words, the other thoughts that might be running through your mind as you do so. What we term our ‘inner monologue’ is often a lively conversation: you might issue instructions or encouragement or rebuke yourself; you can be at once the speaker and the listener, the prosecutor and the accused.

Could it be, Fernyhough wonders, that people who hear voices are processing this inner speech differently? Could trauma cause a person to disassociate from parts of themselves, to misattribute some of this inner speech to some external being? Certainly, our inner speech suggests that our modern self image, as singular, rational and unitary beings, is unrealistic. And it’s possible, then, that the science of voice-hearing promises not only to unlock our understanding of ‘mental illness’ but also to shed light on everyday consciousness, allowing us all to see ourselves more clearly.” 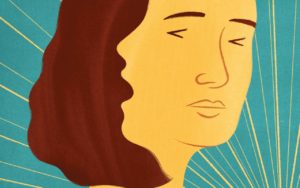