From The Mental Elf: “There are many reasons for young people to be anxious and depressed today: disruption to life caused by the pandemic; difficult circumstances in which to look for work; the social pressures of ubiquitous social media and competition seeping into every aspect of life.

The Lancet Psychiatry has published a review as part of its ‘Active Ingredients for Addressing Youth Anxiety and Depression’ on the topic of SSRI (selective serotonin reuptake inhibitors) antidepressants. The review aims to outline what is known about SSRIs in young people (aged 14–24 years) and what the gaps in knowledge are . . .

We agree with the authors of this review that we need to understand more about how SSRIs affect young people’s brains, especially in the long-term in order to better inform patients and their families about the effects of these medications.

However, it seems premature to prioritise study of the mechanism of action or predictors of effect before we establish that the benefits of these drugs outweigh their harms. It is incautious to conclude that these drugs are ‘necessary’ based on secondary outcomes from one or two trials, when an overall appraisal of trial evidence finds minor differences from placebo that fail to reach clinical relevance. We must also weigh up these small differences against the harms of this treatment: effects on height, weight, bone development, and diabetes; difficulty stopping these drugs and potentially long-lasting withdrawal effects; potentially long-lasting effects on sexual function and the possibility that these drugs might increase agitation and suicidality in some young people.

Given there exists a number of alternative treatments . . . surely the most important question to ask is the one raised by the Cochrane authors: should antidepressants be used at all in young people?” 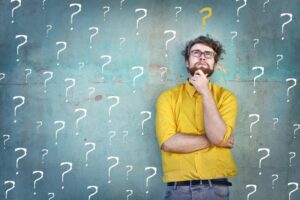