From RxISK: “Conservatorships/guardianships are used to take people’s rights away on the grounds that the person is not competent to make decisions. This is also called not having the ‘capacity’ to make decisions. Psychiatrists are invariably called in to testify the person is not competent or lacks capacity. However, laypeople are just as good — actually better — at making such determinations. There is a terrific book published in 1984, now available as a free download, by psychiatrist Lee Coleman titled The Reign of Error in which he shows not only how psychiatric expert opinions do not meet the standard requirements for being admissible in court, they are often absurd.

Psychiatrists haven’t gotten any better since then. That they are still allowed to testify as experts can only be understood because society wants cover to take away people’s rights in certain situations. It is not just guardianships/conservatorships — inaccurate and invalid psychiatric testimony is used to take children away from parents, usually mothers; psychiatrically imprison people, euphemistically called ‘involuntary commitment’; and force unwanted, unhelpful, counterproductive and harmful drugs into people — even electroshock people against their will. This is all fueled by invalid so-called ‘expert’ psychiatric testimony.” 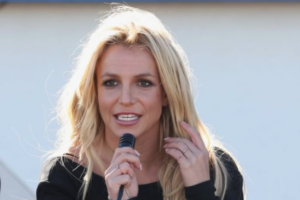