From The Guardian: “Spriestersbach’s lawyers argue that the mixup could have been avoided if police had simply compared the two men’s fingerprints and photographs. Instead, Hawaii officials locked Spriestersbach in the Hawaii State Hospital for nearly three years and forced him to take psychiatric drugs. In January 2020, officials realized their mistake and quietly released him, with 50 cents to his name.

‘The more Mr. Spriestersbach vocalized his innocence by asserting that he is not Mr. Castleberry, the more he was declared delusional and psychotic by the HSH staff and doctors and heavily medicated,’ the petition said. ‘No one would believe him or take any meaningful steps to verify his identity and determine that Mr. Spriestersbach was telling the truth – he was not Mr. Castleberry,’ it added.” 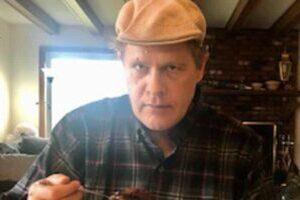