From NPR: “When Britney Spears went before a judge in June, she bristled as she told of being forced into psychiatric care that cost her $60,000 a month. Though the pop star’s circumstances in a financial conservatorship are unusual, every year hundreds of thousands of psychiatric patients receive involuntary care, and many are stuck with the bill.

Few have Spears’ resources to pay for it, which can have devastating consequences.

. . . While hospitals sometimes absorb the cost, patients can be left with ruined credit, endless collection calls and additional mistrust of the mental health care system. In cases in which a hospital chooses to sue, patients can even be incarcerated for not showing up in court. On the hospital side, unpaid bills might further incentivize a hospital to close psych beds in favor of more lucrative medical services with better insurance reimbursement, such as outpatient surgeries.” 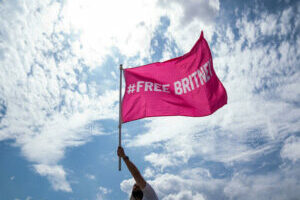