From Susan Rosenthal, MD: “For capitalists to accumulate capital, they must deny ordinary people any meaningful control over their work, their lives, or the direction of society. It’s a huge challenge to trap a highly social species in such a dehumanizing social arrangement. Capitalists must block workers from taking collective control, insist that their suffering is their own fault, promote ineffective solutions, and treat all protest as criminal or pathological.

Force alone is insufficient. Workers vastly outnumber capitalists, are intelligent problem-solvers, and run the machinery of society. They must be systematically bamboozled into resigning themselves to capitalist rule. Psychology serves to solicit and police this resignation with the message, ‘Accept what is, and we will help you build a bubble in which you can function.’

Denied the information, tools, and social power to actually secure our safety, psychology directs us to build imaginary bubbles that give us the illusion of safety. Individual bubbles confirm our belief that we can only count on ourselves. Friend, family, and group bubbles form around shared interests or activities. While these bubbles provide a sense of connection and shared reality, they are fragile and easily ruptured. Under the strain of this pandemic, more people are losing their jobs and homes, relationships are breaking down, and murder rates and drug-related deaths are at record highs.

. . . For hundreds of thousands of years, our ancestors relied on strong social bonds to survive. Inequality ruptures social relationships, so hunter-gatherer societies were fiercely egalitarian. They would not tolerate boasting or arrogance. Their first line of defense was ridicule. If anyone acted superior, the rest of the group, and especially the elders, would ridicule that person until proper humility was shown.

In contrast, capitalists celebrate inequality as a sign of their success in extracting capital. The result is mass activation of the threat response.” 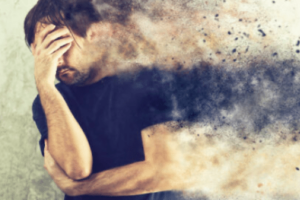