From The Atlantic: “When Angel Love Miles arrived at Penn State in 1998, she realized she was going to have to fight to finish school. To begin with, Miles was a low-income Black student, and Penn State was mostly white. In addition, she has spina bifida, a condition that affects spinal development in utero. In Miles’s case, this means she uses crutches or a wheelchair.

As a child, she had gone to a school for children with disabilities. Her school had an accessible playground with wheelchair swings, physical and occupational therapists, and a shop where she could get her wheelchair or crutches fixed.

Penn State was different. There was a van for students with disabilities, but waiting for it often made her late for class. She remembers waiting once for the campus bus. When she asked the driver to lower the wheelchair ramp for her, he said, ‘I don’t want you on my bus,’ and drove away.

She pushed for the services she needed, and eventually, she finished college and went on to get her doctorate in women’s studies. Today she’s a social-justice advocate and policy analyst who specializes in intersectional and critical disability theory approaches.

‘I became an advocate not because I wanted to but because I had to, to survive,’ Miles told me. ‘I was not very outspoken at all. But if you’re trying to get home and the bus keeps passing you up because you’re in a wheelchair, you have to scream out.’

Miles’s story is emblematic of what it’s like to be Black and disabled in America: Every day is a struggle to not get left behind.” 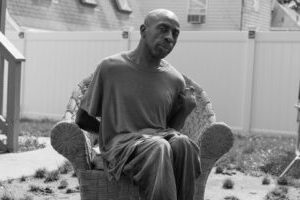