“A gap exists in the literature, as the political attitudes of a public-school district may influence LGBTQ+ students’ experiences in schools, as well as services, policies, and inclusion efforts.” 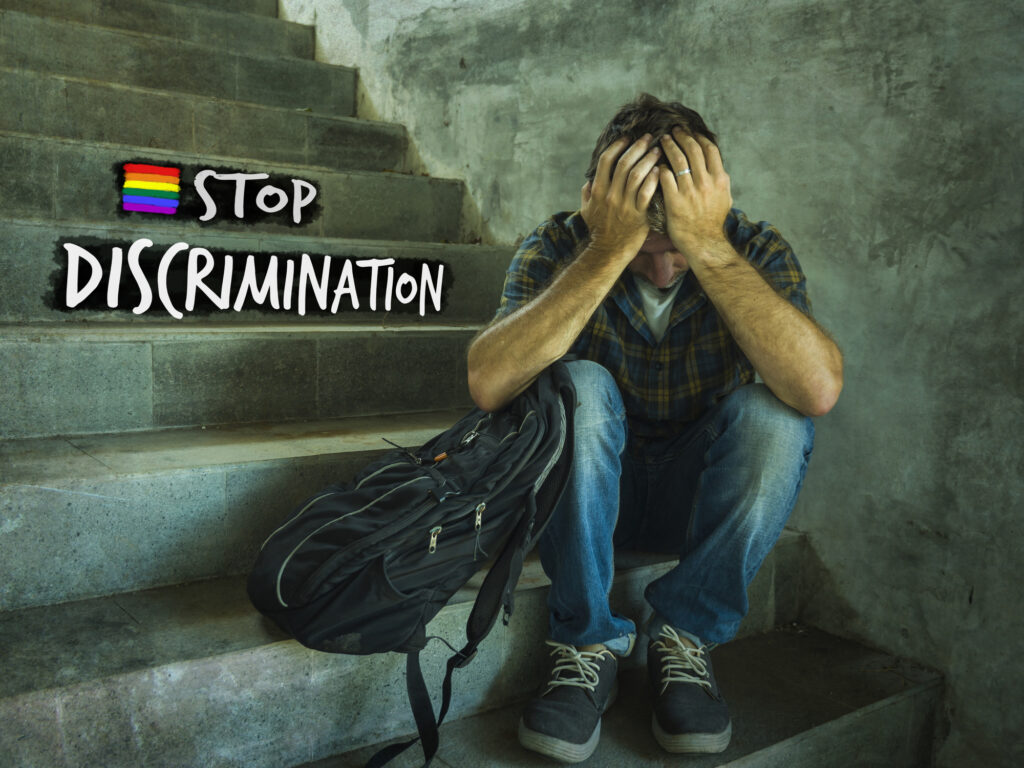 October is National Bullying Prevention Month. According to a recent government survey, about 20% of students age 12 to 18 experienced bullying across the United States. The Centers for Disease Control and Department of Education define bullying with three core elements: unwanted aggressive behaviors observed or perceived power imbalances, and repetition or high likelihood of repetition of bullying behaviors.

Students who experience bullying are more likely to have low self-esteem, poorer school performance, increased social isolation, and a higher risk for mental health concerns such as depression, anxiety, and suicidal thoughts.

LGBTQ+ youths are at higher risk for mental health concerns and suicide than their heterosexual or cisgender peers due to minority stress. Research has shown that community- and policy-level supports are beneficial for LGBTQ+ youths in decreasing the behavioral and mental health issues and the rate of suicide.

“The lack of pro-LGBTQ+ policy is a life-threatening public health crisis,” the lead investigator points out. “Federal policy dictating more inclusive and affirming environments for LGBTQ+ youths, as well as having more explicit anti-bullying policies, could have significant implication for LGBTQ+ youth health.”

The article also draws attention to the impact of political climate by using research data following the 2016 presidential election. Studies have shown that there have been increased levels of general bullying and bullying related to students’ immigrant and ethnic backgrounds. In addition, during the Trump administration, LGBTQ+ individuals were more likely to experience prejudice and discrimination.

“With the knowledge that political conservatism is associated with less accepting attitudes of LGBTQ+ people and less support for health-promoting LGBTQ+ policy, LGBTQ+ people who live in school districts with more liberal attitudes may benefit from policies and school environments that attempt to be inclusive of all students.”

The research consisted of data from 49,55 public students in Washington state, aged 13 to 19 years, old across 227 school districts. In total, 20% of the students identified as a member of the LGBTQ+ community. They were asked to report their experiences of bullying, psychological distress, receipt of teacher/staff intervention for bullying, in addition to their demographic information.

The research also obtained WA school district voting records for the 2016 presidential election. As a result, the study was first able to confirm our current understanding of relationships between bullying, LGBTQ+ identity, psychological distress, and voting for Trump.

“Explicit and inclusive anti-bullying legislation must circumvent the risks to LGBTQ+ youth regardless of school district political attitudes.”

The authors recommend that systemic interventions be proactively developed to remove the burden of inclusive norm development from students and teachers. The state should expand the model policy to be more comprehensive and inclusive of LGBTQ+ identities.

They recommend that each school appoint a person responsible for enforcing the Harassment, Intimidation & Bullying (HIB) policy. The schools should also include explicit parameters for the training and education of teachers regarding LGBTQ bullying and intervention plans. The creation of safe spaces for LGBTQ students should also be considered.

“Our finding suggests that LGBTQ+ students are at higher risk for psychological distress and suicidality through their greater risk for bullying, particularly in school districts with more conservative voting records… When intervention does not occur, LGBTQ+ youth may experience more bullying and subsequently more psychological distress and suicidality.”

“Stakeholders, school administrators, and teachers must demonstrate a full commitment to protecting their students and prioritizing their well-being, regardless of school district political attitudes or the identities of their students.”