From NPR’s Goats and Soda:

“A new study suggests that nearly a third of children and adolescents with disabilities has experienced violence – defined as physical, emotional or sexual abuse as well as neglect. It’s everything from being struck or verbally attacked by a family member to cyberbullying.

And they’re reportedly twice as likely to experience violence as young people without disabilities.

A tremendous number of kids are affected. An estimated 291 million children and adolescents — slightly more than 1 in 10 — have disabilities such as hearing or vision loss, epilepsy or intellectual disabilities.

The review, published in the medical journal The Lancet Child and Adolescent Health, reaffirms the discouraging conclusions of a World Health Organization-backed review published in The Lancet a decade ago, focusing on high-income countries….” 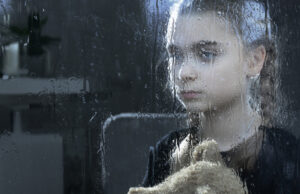 The Abused Children to Bipolar Pipeline