From Slate: “Sometime in the late 1950s, a 13-year-old girl with Down syndrome was admitted to an asylum in New York state. One of the first things that asylum authorities did was to take a photograph of her for an admission card. In this black-and-white photograph, she looks solemnly away from the photographer and holds up a board with numbers on it. The bleak little photo looks distressingly like a mug shot. On the back, the card included personal identifiers: her date of birth, the name of the person who had her committed to the children’s asylum, and other intimate details.

This may well have been one of the most traumatic moments in this child’s life, preserved on a little white card in a plastic sleeve. This intensely personal moment should have stayed a private matter, protected by the institution that admitted her, by the physicians who treated her, and the state that produced the laws that institutionalized her. Once she was no longer a patient, these records should have been cataloged by state archivists who would then regulate access to the extremely sensitive records. Instead, this disabled woman, who could very well be alive today, had her privacy, her pain, her trauma for sale on eBay.

And she is far from the only instance.

As historians of medicine, disability, and psychiatry, we were dismayed recently to find many items like these for sale on eBay. (We are not linking, for obvious reasons.) One seller had listed thick, hundred-page files of inmates in New York state asylums like Islip, dated mostly from the 1950s onwards. These files contained details such as physicians’ notes on diagnoses, test results, and therapy notes, in addition to accounts of violent treatments like electrotherapy and hydrotherapy. Some records recounted violent restraint and abuse in asylums. Indeed, one eBay seller used abuse as a kind of selling point for their records, noting in their write-up that the patient in question had been ‘Slapped by Nurse.’ Another seller suggested that their logs, dating from the late ’80s to mid ’90s, would ‘look amazing in a frame, or as a perfect backdrop for a cabinet of curiosities.’

We often work with precisely these kinds of records, but we try to operate within the laws and ethics that surround access to precious and private materials. Privacy legislation prohibits us from accessing some personal records that are held in official archives. We also have to think long and hard about how we use personal medical information in the histories we write. It is important, for instance, that we represent patients with disabilities or psychiatric illness in ways that do not continue to render them passive victims, or ‘freaks,’ or objects of someone’s weird idea of amusement. Imagine our horror then, when we came across this slew of listings offering private, highly personal, and revealing medical records from various now-closed state psychiatric institutions in the state of New York.” 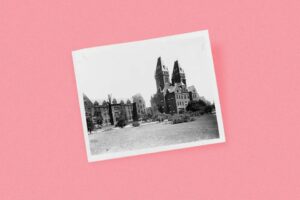