From Psychology Today: “Almost as soon as it was floated in 1965 by Harvard psychiatrist Joseph Schildkraut, the serotonin hypothesis of depression—reduced and simplified by pharma marketing to the ‘chemical imbalance’ theory of depression and anxiety—has been subject to critical research and found wanting.

The poor standing of the hypothesis in the scientific literature, however, barely dented its afterlife in textbooks, across clinical and treatment settings, and on mental health apps and websites. Nor has it dispelled the continued use of the phrase as ‘shorthand’ between doctors and patients and in everyday settings, including for quite different mental states and conditions . . .

Cut to the Present-day

A major new review of the research—the first of its kind exhaustively reviewing the evidence, published today in the journal Molecular Psychiatry— . . . found ‘there is no evidence of a connection between reduced serotonin levels or activity and depression.’

The peer-reviewed umbrella review—representing one of the highest forms of evidence in scientific research—was extrapolated from meta-analyses and systematic reviews on depression and serotonin levels, receptors, and transporters involving tens of thousands of participants.

. . . Moncrieff explained in the press release:

‘Antidepressant use has reached epidemic proportions across the world and is still rising, especially among young people. Many people who take them suffer side effects and withdrawal problems that can be really severe and debilitating. A major driver of this situation is the false belief that depression is due to a chemical imbalance. It is high time to inform the public that this belief is not grounded in science.'” 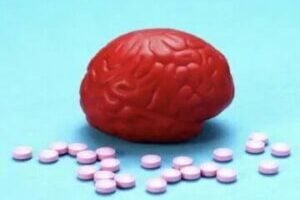