More attention is being paid to the adverse reactions associated with withdrawal from antidepressant drugs. Patients experience nausea, insomnia, anxiety, sadness, and flu-like symptoms with the onset of withdrawal. These reactions can be severe and prolonged, lasting for weeks or months, or even longer. The treatment recommended is to gradually reduce (“taper”) taking the drug.

All the SSRIs induce physical dependence. Withdrawal reactions vary according to the half-lives of the SSRIs; that is, the amount of time it takes for a drug’s action to be reduced by half (being eliminated by the kidneys). For example, Celexa, Paxil, and Zoloft are more difficult to quit because of their shorter half-lives, Prozac is less so. The tapering strategy, which varies according to the half-life of the drug, has a long history honed by experience contending with the physical effects of withdrawal from addictive drugs. 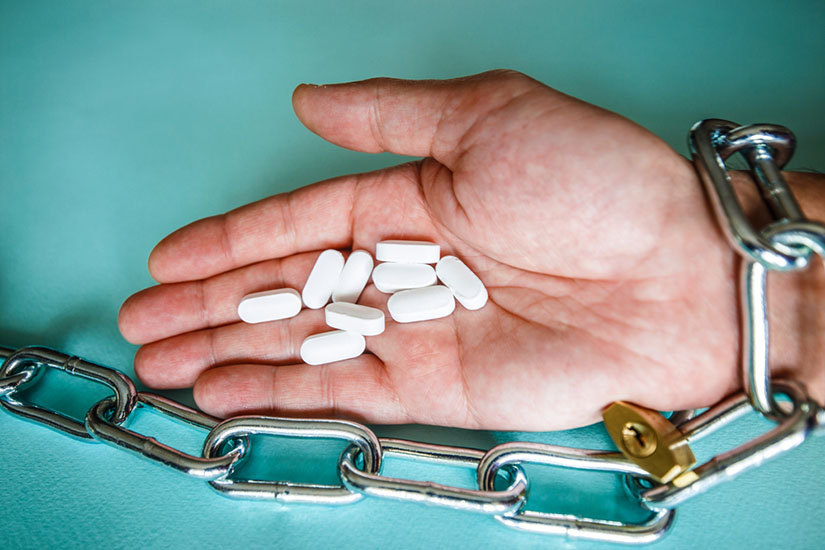 Some background: Moncrieff’s recent publication reviewing three decades of research on the serotonin chemical imbalance theory found no science supporting the claim that depression is caused by a deficiency of serotonin. Hence, the chemicals in antidepressant drugs which boost serotonin have no medical value in treating depression. Although this has been well-known for more than a decade by those who follow research on these drugs, the comprehensiveness of her findings solidifies the conclusion that there is no science behind psychiatry’s serotonin chemical imbalance theory of depression or for the prescription of antidepressant drugs to treat depression. Since tens of millions of people are taking these drugs to boost their serotonin as the solution to depression, these results are highly relevant to a great number of people.

In alignment with Moncrieff’s findings, numerous studies have found the SSRIs to be no more effective than placebo, providing a psychological explanation for acceptance of these drugs by patients—and by doctors—of a placebo effect. Kirsch’s research has disclosed that placebo effects are generated by faith in one’s doctor and they are cued by the side effects of the drug, which patients interpret as meaning “the drug is working,” even though the effects are unpleasant. Patients become prone (they learn) to monitor drug effects. Monitoring not only characterizes the treatment process, it also is salient during withdrawal, particularly since there is no alternative treatment being offered.

Moncrieff’s findings underline the case for a placebo effect being the explanation for acceptance of antidepressants—a psychological effect, not a physiological effect. Not unusually, when patients quit taking antidepressants, it is after expressing dissatisfaction to their doctor about the absence of benefit. That leads the doctor to increase the dosage or switch to another antidepressant. Finally, it is when the placebo effect wears thin, that patients decide to quit, concluding the unpleasantness is all they are getting from taking these drugs.

The story does not end there because there is another side to this coin. An abundance of evidence points to the chemicals in these drugs causing harm to many. Problematic withdrawal from these drugs agrees with research which indicates that all too often the chemicals in antidepressant drugs are harmful, including the withdrawal effects that occur when one decides to get off the drug. Compounding these findings, it is not unusual for withdrawal effects to be misinterpreted by the doctor and the patient as a recurrence of depression, leading the patient to remain on the drug.

As I discuss in my book, Grifting Depression: Psychiatry’s Failure as a Medical Science, many patients who sought my help did so because they had lost faith in the antidepressant drugs they were prescribed. Because I believe that the prescription of antidepressants is a mistaken treatment, I required them to first return to their doctor to learn what they must do to get off the drug they were taking. I adopted this position to counter whatever fantasies remained that the drug would magically solve their problem, doing the work for them. All of these patients told me they were warned by their doctor to not abandon drug treatment, that they would soon feel worse. That never happened. In contrast to the failure of drug treatment, after entering behavioral treatment with me, their sadness or depression was resolved in less than six months. Not unusually, this success led patients to choose to remain in therapy to work on other problems in their lives, which took longer to treat. I concluded that depression was one of the easier problems to remedy.

First, a caveat is necessary. I retired twenty years ago and stopped taking new patients a few years before my retirement. I am depending on memory of events that took place a long time ago and it is possible my recall is faulty. That seems unlikely to me. Withdrawal reactions of this magnitude would have registered on me and I would not have forgotten them. Nevertheless, I do not have any hard data to support what I now believe to be the explanation. My hypothesis, which I will explain below, makes great sense to me, but what’s unusual about that? Quite clearly, my explanation for the absence of interfering withdrawal reactions during my treatment of patients who were undergoing withdrawal requires testing by a controlled study.

My book (and in a journal publication I reference in the book), describes my behavioral treatment for depression. The treatment is based on the following explanation for causation: Sadness in a function of loss and depression is a function of loss plus avoidance of those actions required to overcome the loss. I inform readers of the research which backs up both halves of this formulation, which is psychological science, not medical science.

The treatment I provided involved a diagnostic phase of active, empathic listening that fostered a therapeutic alliance—creating a relationship with trust. The information I gathered enabled me to formulate a hypothesis about the cause of my patient’s problem. My hypothesis was tested with homework assignments which, when confirmed, led to development of a treatment plan that I discussed with my patient. This was followed by graduated exposure to whatever was being avoided that I believed was responsible for my patient’s sadness or depression. The method was straightforward, requiring the patient to take actions that were being suppressed by fear.  I provided support for the patient to do the work that was necessary. The treatment was quite successful.

The treatment is powerful and empowering. It is focused on the patient engaging in problem-solving behavior directed at the problem for which they sought my help. It is not focused on monitoring negative physical sensations associated with a failed treatment. In short, the patient is directed to replace avoidance behavior with approach behaviors and helped to replace negative cognitions with more realistic self-enhancing cognitions in situations that are characterized by heightened anxiety. Sometimes skill training is provided. The treatment requires considerable effort from the patient—and courage—which is why trust in a therapist is essential. Successful efforts of this kind—effectively facing down one’s fears—are highly reinforcing.

So, I am hypothesizing that the experience of acting to undo one’s avoidance behavior and negative thinking is so directly and powerfully compelling that it overrides a drug’s withdrawal effects. I believe the physical discomfort of withdrawal from the antidepressant drug did not register on my patients because of the more significant psychological discomfort they were experiencing by virtue of their choice to confront their avoidance behavior. They made this choice because they understood its purpose. They accepted enduring this psychological discomfort as being essential for their recovery. That purpose motivated them to do what was necessary to silence their fears and to overcome their problem, and they felt proud of themselves. I believe this constructive experience counted so much that the physical effects of withdrawal hardly registered on them because they recognized how their efforts were succeeding, enabling their recovery.