From Project NoSpank/The New York Times, December 22, 1940: “Spanking the baby may be the psychological seed of war.

Out of this and similar punishments are formed the repressed hatreds which find their outlet later in the race prejudice which now is making a shambles of Europe in the hands of a clever manipulator, declares Dr. Montague Francis Ashley-Montagu, Columbia University anthropologist, in a report on the basis for race differences just made public by the William A. White Psychiatric Foundation in Washington.

The aggressiveness which adults exhibit, Dr. Montagu says, ‘is originally produced during childhood by parents, teachers, nurses, or whoever else participates in the process of socializing the child. By depriving the infant of all those means of satisfaction which it seeks — the freedom to cry at will, to scream and shout, to stay up as late as one wishes, to be the thousand and one things that are forbidden — frustration upon frustration is piled up within the child. Such frustrations lead to resentment, fear, hatred and aggression.

‘In childhood, this aggressiveness is displayed in bad temper and in general naughtiness. Such conduct almost invariably results in further frustration — in punishment. At this stage the child finds itself in a state of severe conflict. Either he must control the expression of his aggressiveness or else, suffer the punishment and loss of love which it provokes.

‘Such conflicts are usually resolved by excluding the painful situation from consciousness and from direct motor expression — in short, by the repression of one’s aggressive energies. But the evidence renders it overwhelmingly certain that these energies are never to any extent destroyed. Being a part of the total organism, they must, in one way or another, find expression. The ways are innumerable. Race hatred is merely one of them.’

The original feeling of aggression is against the frustrators, Dr. Montagu says. But against them any expression of it must be repressed. The child depends on them for everything and can go only a short way in risking their displeasure. Besides, the moral background or the race dictates that they must be respected and obeyed.

‘Since the infliction of mental and even physical pain, as well as the frustration and depreciation of others is involved in the process of race prejudice, and since much of the aggressiveness of the individual owes its existence to early experience of the same sort, it is perhaps not difficult to understand why most people are ready to participate in the exercise of race prejudice. By so doing they are able to find an object for their aggressiveness which permits its free expression in ways almost identically resembling those which were indulged in against them.'” 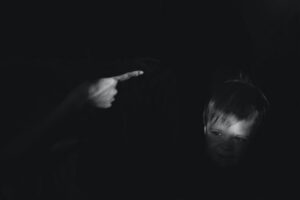