From The New York Times: “It’s known as the troubled teen industry. Spread across the country, this array of boot camps, wilderness therapy programs, therapeutic boarding schools and residential treatment centers is supposed to help children with mental health and behavioral issues, through a mix of therapy and tough love.

In reality, it is harming many of the children it purports to be treating, because of a reliance on archaic tactics, a lack of oversight and regulation and a focus on maximizing profit.

Desperate parents who don’t know what to do with their ‘difficult’ kids turn to this industry for help. Many kids have already been through foster care, therapy, rehab, hospitalization or the criminal justice system. Lumped in with them are children who need long-term professional care for autism or complex problems, including severe depression, eating disorders, addiction and emotional trauma.

Our society is failing some of our most vulnerable by warehousing them in an industry that is woefully equipped to deal with their mental health needs.

New York Times Opinion interviewed more than 50 former patients, experts, advocates, regulators, legislators and employees about this industry. These voices bear witness to one of the most inadequate dimensions of our mental health system: treatment facilities that don’t sufficiently address the core problems but instead attempt to punish them away.

According to lawsuits, government reports and the testimonies of former patients and employees, children are often abused, assaulted, sedated and placed in solitary confinement. Sometimes they are treated in ways that are illegal to treat prisoners, let alone kids seeking mental health treatment. Dozens of children have died.

This industry, generating at least a billion dollars annually, enjoys little federal oversight or regulation. For decades, kids who have gone through these facilities have been talking to anyone who will listen. But even after years of scrutiny, not enough has changed.

Former patients have compared these centers with the insane asylums of centuries past. Future generations will look back on many of the tactics used in the troubled teen industry in the same way we look back on forced lobotomies and ask: How did we allow these practices to pass off as mental health treatment for so long?

Now there may finally be an opportunity to reform this industry, thanks to the work of activists and one unlikely figure.” 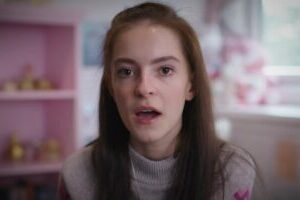